“The Only Realistic Option”

On June 28, 2017, six experts on North Korea including former Secretary of Defense William Perry and former Secretary of State George Shultz sent a letter to President Trump expressing their belief that diplomacy is “the only realistic option to reduce dangers resulting from the current high state of tensions and prevent North Korea’s ongoing development and potential use of nuclear weapons.”

The successful nuclear agreement with Iran is a prime example of the efficacy of nuclear diplomacy, even with an adversary. Since it’s implementation in January 2016, the Iran accord has been keeping us safe by verifiably blocking all of Iran’s potential pathways to obtaining nuclear weapons. The same focused diplomacy could and should be applied to talks with North Korea. 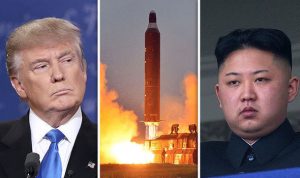 While the Trump administration has rightly pivoted towards diplomacy to address the crisis, multiple signs suggest it may be heading to the negotiating table with a list of demands rather than a real willingness to engage in sustained negotiations. North Korea has made clear that it will only participate in good-faith diplomacy that involves incremental and reciprocal steps towards complete denuclearization and peace on the Korean Peninsula. Trump’s national security advisor John Bolton, who argued for launching a first strike on North Korea shortly before his appointment, has been pushing an approach that would demand that North Korea completely denuclearize before the U.S. relieves any of the sanctions. If Bolton’s approach is adopted, diplomacy could fail and the administration could pivot back towards war.

War with North Korea should be avoided at all costs. Even a limited military strike would very likely lead to all out war with North Korea, which would imperil millions of lives. South Korea’s capital city of Seoul and the surrounding area has a population of roughly 25 million people, who are all in range of North Korea’s significant artillery. A study from 2012 estimated that 64,000 people could be killed by artillery in the first day of fighting. The U.S. has roughly 28,500 soldiers stationed in South Korea, some of whom would be in range of the North’s artillery, and many of whom would be called upon to fight. Since much of North Korea’s nuclear arsenal is hidden, a preemptive strike would very likely fail to take out all of the North’s nuclear capabilities, so North Korea could decide to retaliate with nuclear weapons. 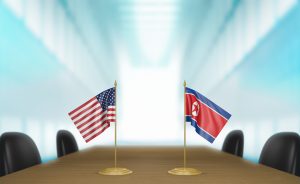 It’s time to try diplomacy without preconditions. Successful diplomacy is about open-minded dialogue, not making demands. Peace Action is lobbying Congress, helping to shape the media narrative, and mobilizing grassroots activists to support diplomacy and oppose war with North Korea. Click here and take action today to urge your members of Congress to join our call for direct diplomacy with North Korea, and against further threats of war.