Washington, D.C. — November 14, 2018 — In response to the House voting 201-187 in favor of H.Res. 1142, a rule de-privileging and preventing a vote on Rep. Ro Khanna’s (D-CA) legislation H.Con.Res. 138 to end U.S. support for the Saudi-led intervention in Yemen, Paul Kawika Martin, Senior Director for Policy and Political Affairs at Peace Action, released the following statement:

“As one of their final acts before handing Democrats the keys to the House of Representatives in January, Republican House leadership managed to duck their constitutional responsibility to debate and vote on war one last time. Preventing a vote on a bill that would have ended the unconstitutional U.S. role in the war in Yemen, House Republicans didn’t take long to remind the American people why they voted them out of power. There’s something ironic about Republicans in Congress denouncing the violence of wolves against cattle while passing language into the Manage Our Wolves Act to block a vote to end U.S. support for Saudi Arabia’s slaughter of Yemeni civilians.

“For Congress to effectively say to the American people and our nation’s soldiers, ‘we’d rather not debate and vote on our involvement in overseas wars as the Constitution mandates,’ is really unconscionable. House Speaker Paul Ryan’s office cited the administration’s recent decision to end U.S. refueling of Saudi coalition aircraft in the war in Yemen as a reason for de-privileging the Yemen war powers resolution, but other forms of U.S. support for the coalition—arms sales, intelligence sharing, targeting assistance, and political support—are still fueling the world’s worst humanitarian crisis in Yemen. When the new Congress convenes next year, ending all U.S. support for Saudi Arabia’s devastating war in Yemen should be the first order of business.” 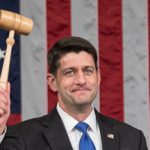