The Long Voyage: The Golden Rule and Resistance to Nuclear Testing in Asia and the Pacific 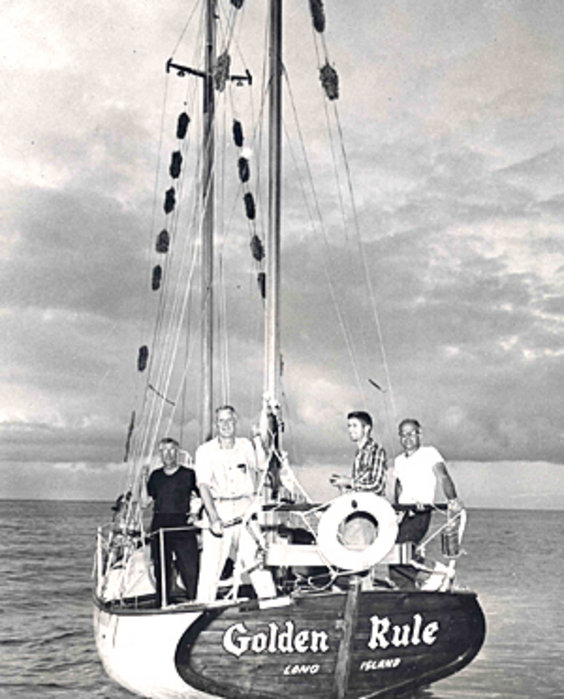 Recently, when a battered, 30-foot sailboat, the Golden Rule, came to rest in a small shipyard in northern California, the event did not inspire fanfare.  But, in fact, the Golden Rule was far more important than it appeared, for the small ketch had helped inspire a widespread struggle against nuclear testing, particularly throughout the Asia-Pacific region.

The long voyage of the Golden Rule began thanks to the efforts of Albert Bigelow, a retired World War II U.S. naval commander.  Learning of the atomic bombing of Hiroshima, Bigelow had been not only awestruck, but horrified.  “It was then,” he recalled, “that I realized for the first time that morally war is impossible.”  In the postwar years, Bigelow and his wife joined the Society of Friends and, in 1955, housed two of the 25 Hiroshima Maidens, who had been brought to the United States for reconstructive surgery.  Working with the American Friends Service Committee, Bigelow sought to deliver a petition against nuclear testing to the White House, but was rebuffed by U.S. government officials.