A crew member guides a U.S. Navy F/A-18 Super Hornet fighter taking off from the deck of U.S. aircraft carrier USS George Washington during joint military drills between the U.S. and South Korea in the West Sea 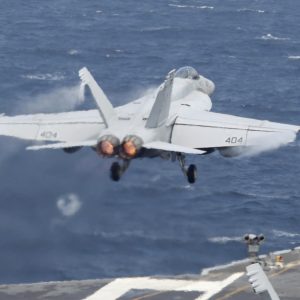