In America’s 21st-century-brand of foreign policy, the slippery slopes of war seem to be getting steeper, and no less slippery.

Last Friday, avoiding specifics, the Pentagon announced that it had deployed “a small number” of troops to Yemen to help in the fight against Al Qaeda in the Arabian Peninsula (AQAP). This follows the recent deployment in April of an additional 250 U.S. special forces to Syria, another reminder of the administration’s broken promise of “no boots on the ground.”

In the past 13 months, Yemen has become home to one of the most devastating wars in the Middle East and one of the worst humanitarian disasters in the world. In part thanks to the Saudi-led bombing campaign and naval blockade, humanitarian groups assert that four out of five Yemenis are in dire need of assistance. The U.S.-backed Saudi-led coalition has been accused of war crimes and human rights violations, and the UN has repeatedly claimed that the coalition is responsible for roughly two-thirds of civilian deaths in Yemen since the war began. Given multiple reports that the Saudi-led intervention has allowed AQAP to significantly expand its territory in Yemen, this latest deployment of U.S. troops to battle the Al Qaeda affiliate adds irony to injury.

Like a child caught in a Chinese finger trap, the administration insists on using force to solve a problem that we can only hope to solve with cool-headed reason. Rather than expanding the U.S. military role in Yemen in a futile attempt to address a problem that U.S. military involvement made much worse, the U.S. should immediately withdraw from Yemen, end its support for the Saudi-led intervention, and support diplomatic and humanitarian approaches to the conflict. Such a shift in strategy would undercut the narratives that groups like Al Qaeda use to bolster their ranks, and overtime would actually build goodwill towards the United States, something that’s increasingly hard to find in the war-ravaged region. While solving international conflicts will never be as simple as pushing your fingers together, prioritizing diplomatic and humanitarian strategies will be a lot more effective — and a lot less painful — than our current approach. 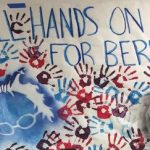