Yesterday, Doctors Without Borders, commonly known by its French name Medecins Sans Frontieres (MSF), evacuated its staff from six hospitals in northern Yemen in response to the August 15 bombing by the U.S.-backed Saudi-led coalition of an MSF facility in Yemen’s Hajjah governorate earlier this week that killed 19 people and injured 24.

Since peace talks between Houthi rebels and the Saudi coalition collapsed on August 6, the coalition has resumed and apparently doubled down on a strategy of bombing civilian targets. On August 7, 18 civilians were killed in a coalition bombing of a marketplace in Yemen’s Nehm district. According to Mr. Othari, one of the injured who lost his son in the attack, “They targeted only civilians… There wasn’t a single gunman or military vehicle around.” On August 9, the coalition bombed a potato chip factory in the Yemeni capital of Sanaa, killing 14 civilians. The day after the bombing of the MSF-supported Abs hospital, coalition airstrikes in a residential area of Sanaa hit a family’s home, killing 17 civilians, mostly women and children. According to a New York Times report of the attack, “Shayef Muhsin Asem, who lived in the house but was out at the time of the attack, said that after the house was bombed, family members rushed in to try to rescue survivors when a second airstrike hit.”

Since March 2015, coalition warplanes have decimated Yemen’s civilian infrastructure, repeatedly bombing schools, hospitals, marketplaces, and refugee camps at a rate that suggests either gross negligence, or more likely an intentional strategy of targeting civilian infrastructure. Monday’s bombing of the MSF supported Abs hospital was the fourth bombing of an MSF supported facility since the war began, despite MSF having provided the exact GPS coordinates of its operations to the coalition in hopes of avoiding such massacres.

Disturbingly, the bombings of MSF supported hospitals represent a small fraction of the total number of hospitals targeted by the coalition since the war began. In June, a UN report added the Saudi coalition to a blacklist of child rights abusers after finding that the coalition was responsible for 60 percent of the child casualties in the war, and roughly half of the 101 verified attacks on schools and hospitals.

Under President Obama, the U.S. has sold $110 billion worth of arms to Saudi Arabia, over $20 billion of which was approved since the war began in March 2015. On August 9, the same day coalition bombs – quite possibly made in and sold by the U.S. – blew up a potato chip factory and killed 14 innocent people, the Pentagon announced that the State Department had approved the sale of another $1.15 billion worth of weapons to Saudi Arabia.

After the State Department approves an arms sale, Congress has 30 days to review it before it goes through. Senators Chris Murphy (D-CT) and Rand Paul (R-KY) and Representative Ted Lieu (D-CA) have championed opposition to U.S. support for Saudi Arabia’s catastrophic intervention in Yemen and continue to do so as they push for a vote on whether or not to allow this arms sale to proceed. The rest of Congress would be wise to join them in opposition to this sale and opposition to all U.S. support for the intervention. Until they do, Yemeni civilians will continue to die with the tacit approval of our elected officials.

Please immediately call your Representative and Senators and ask them to oppose U.S. support for the war in Yemen including arms sales to Saudi Arabia. The Capitol switchboard is (202) 224-3121. 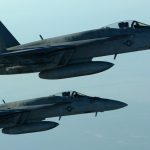 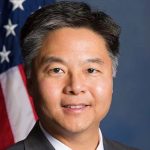