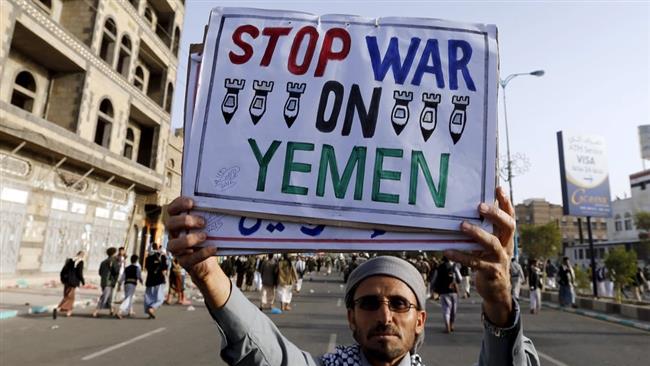 Please join this important conference call to help prevent a further humanitarian disaster and mass famine from happening in Yemen and stop the U.S. from selling arms to Saudi Arabia.

RSVPs are Extremely Helpful but Not Required:
https://goo.gl/forms/VCj0VUn2mO1Y2mW02

And dozens of local and regional organizations.

About the Expert Briefers:

Kate Kizer
Director of Policy & Advocacy, The Yemen Peace Project
Kate has worked on human rights and democratization in the Middle East for nearly ten years. Kate received her B.A. in Middle Eastern and North African Studies from UCLA, studied Arabic at the American University in Cairo, and is currently an M.A. candidate at Georgetown University’s Democracy and Governance program. Kate has also traveled extensively in Egypt, Lebanon, Jordan, Israel, and Syria. Her writing and commentary have been featured in numerous news outlets, including Reuters, Al Jazeera America, Middle East Eye, OpenDemocracy, and the Huffington Post.

Kate directs YPP’s policy and advocacy program to ensure US foreign policy in Yemen reflects the needs and interests of Yemenis and Yemeni Americans.

Gould was profiled in 2015 as the “Quaker Lobbyist Behind the Iran Deal Fight,” by Congressional Quarterly, an outlet with readership that includes 95% of members of Congress. Kate’s analysis on Middle East policy has been published in The New York Times, the Washington Post, USA Today, The Guardian, The Daily Beast, CNN, Reuters, AFP and other national outlets. Kate has appeared as an on-air analyst for various TV and radio programs, including the O’Reilly Factor on Fox News, The Thom Hartmann Show, The Real News Network and CCTV. She is a Political Partner at the Truman National Security Project, and serves as a board member of the Herbert Scoville Jr. Peace Fellowship and Churches for Middle East Peace.

Before coming to FCNL, Kate taught Palestinian school teachers for AMIDEAST while coordinating a radio program on peacebuilding efforts at a joint Israeli-Palestinian think tank in Jerusalem. Kate also interned for Senator Jeff Merkley both in her hometown of Medford, Oregon and in his Washington, DC office. Kate is inspired every day by people she met in the Middle East who practice nonviolence in the face of so much violence: the Palestinian shepherds, Israeli rabbis, Palestinian women’s cooperative owners, therapists in Gaza treating children who have lived through three wars, and Syrian and Iraqi refugees who have started over to make a new life. Kate is a member of the Friends Meeting of Washington. 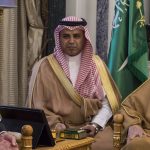 Right Words from Trump in Saudi Arabia Could Save Millions in YemenSaudi Arabia, Trump Administration 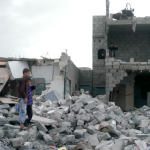