This article was originally published in the Hill.

As the president continues hacking away at a load-bearing pillar of the First Amendment, the freedom of the press, Congress is revving the chainsaw for another vital pillar; the right to free speech. The “Israel Anti-Boycott Act” could more aptly be called the “Exception to the First Amendment Act,” in that it would make it a felony for Americans engaged in interstate or foreign commerce to support international efforts to boycott Israel.

Of particular concern for many are the harsh penalties it would impose; civil penalties of up to $250,000 and a maximum criminal penalty of up to $1 million and 20 years in prison. Since the legislation’s quiet introduction in March by Sen. Ben Cardin (D-Md.) and Rep. Peter Roskam (R-Ill.), a majority of House members and 48 senators have already co-sponsored the bill.

First, it is worth reviewing why some Americans are concerned about Israeli policy enough to join a boycott. The Israeli treatment of Palestinians includes abuses that have been well documented by groups like Amnesty International and Human Rights Watch. These abuses include extrajudicial killings, a blockade of the Gaza Strip that has caused a humanitarian crisis, and the unrestricted development of settlements in the Israeli-occupied West Bank.

With the U.S. government refusing to take meaningful action against Israel’s policies, some Americans are looking for other ways to support peace and justice. Some have embraced the so-called BDS movement (for Boycott, Divestment and Sanctions) to prod the Israeli government to address human rights violations.

However, even progressive pro-Israel groups like J Street and Americans for Peace Now who oppose BDS have come out against the Israel Anti-Boycott Act. They fear that the bill could actually harm prospects for peace by blurring the line between support for the State of Israel and opposing the illegal settlements.

Whatever your beliefs about Israeli policy and the tactic of boycotts, outlawing the exercise of free speech is about as unconstitutional as it gets. On those grounds, the ACLU wrote a letter to the Senate on July 17 detailing its opposition the bill, and urging senators to oppose it.

Since the ACLU sent its letter, some senators have been reexamining their support for the bill. Under significant pressure from constituents and activist groups at town halls, Sen. Kirsten Gillibrand (D-N.Y.) actually agreed to rescind her support for the legislation and remove her name from the list of co-sponsors. Other Senate co-sponsors should consider doing the same.

Those of us who oppose a violent approach to the conflict in the Middle East should not be criminalizing one of the few potent non-violent tools available. From boycotts of British goods during the struggle for U.S. independence, to Gandhi’s boycotts against colonial institutions in India, to the boycotts during the Civil Rights Movement, boycotts have been a powerful political tool for centuries.

Boycotts have been critical in allowing citizens to peacefully press for political change globally. Nelson Mandela, fresh out of prison, traveled to the U.S. to thank cheering American crowds for participating in a boycott that was instrumental in bringing down the racist Apartheid system. Boycotts against nations have been called from factions across the political spectrum for reasons that span from human rights to animal protection. Activists have called for boycotts on a diverse set of countries that includes Myanmar, South Korea, Botswana and Iran.

This long and storied history of boycotts does not justify any one boycott as strategically effective or morally sound. Any of us may agree with some boycotts and strenuously disagree with, even actively oppose, others. But we should all agree that the U.S. government should not be telling us what boycotts we can and can not support—let alone throwing U.S. citizens in jail for their political engagement. Members of Congress should use their own free speech, which includes a much bigger bully pulpit than most of us have, to oppose political initiatives they find offensive, rather than criminalizing specific campaigns.

With Congress now on break for its long August recess, many members of Congress will be holding town halls for their constituents. Citizens who value their right to free speech can attend these town halls or simply make phone calls to press their senators and representatives to oppose the Israel Anti-Boycott Act, S. 720 in the Senate and H.R. 1697 in the House. Choosing silence now could mean having silence chosen for you in the future if Congress succeeds in adding an asterisk to the First Amendment. 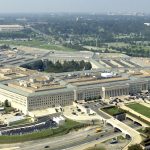 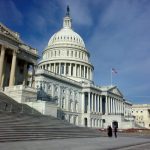