“Fulfilling President Trump’s request for $750 billion in Pentagon spending would be an obscene misallocation of resources that would fail to make Americans safer. For every dollar spent on war, this budget spends less than a dime on preventing war with tools like diplomacy.  The U.S. spends more on its military than the next seven countries combined, but finishes 27th in the world in healthcare and education. Rather than seeking to remedy our nation’s lopsided spending priorities, Trump is doubling down, giving the Pentagon more than it asked for and paying for the increase with cuts to vital programs like education and health care. Beyond hikes to the base Pentagon budget, Trump is requesting a massive increase for the Overseas Contingency Operations budget, a Pentagon slush fund that sidesteps budget caps and transparency standards to allow for unchecked, unaccountable military spending. Congress shouldn’t just oppose these absurd spending hikes, it should make cuts to the already-bloated Pentagon budget and give human needs programs a long-overdue raise.” 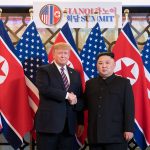 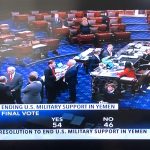