As Trump Angles for War with Iran, Congress Needs to Reassert its War Powers

It’s no news that the U.S.-Iran relationship has taken a turn for the worse under President Trump’s leadership. Employing a strategy straight out of the Bush administration’s Iraq War playbook, the Trump administration has advanced misleading, demonizing narratives about Iran from day one, laying the rhetorical groundwork for another catastrophic war of choice in the Middle East. Lately, the administration has been kicking this strategy into high gear.

Speaking at a recent Senate Foreign Relations Committee hearing, Secretary of State Mike Pompeo stated unequivocally, “There is no doubt there is a connection between the Islamic Republic of Iran and Al-Qaeda. Period, full stop.” Pushed by Sen. Rand Paul (R-KY) to rule out using the 2001 war authorization to attack Iran, Pompeo said he’d “prefer to just leave that to lawyers.”

Despite Pompeo’s claim to the contrary, Iran’s connections to al Qaeda are dubious at best. A 2018 study by the New America think tank that analyzed files found with Osama bin Laden when he was killed found “no evidence of cooperation” between al Qaeda and Iran. In fact, it found evidence of deep mistrust between the two, highlighting that al Qaeda “views Iran as a hostile entity.”

Earlier this month, the Trump administration took the extremely provocative step of designating the Islamic Revolutionary Guard Corps (IRGC), a powerful wing of the Iranian military, as a foreign terrorist organization (FTO), the first time the U.S. has used the label against an official branch of a country’s government. Two former State Department officials and counterterrorism experts condemned the move, stating, “Terrorism designations are supposed to be apolitical and preventative. But the IRGC designation is both political and punitive — and as such, is the latest in a series of foreign policy moves by the President that are more about providing the illusion of decisive action than actual progress.”

Of course in politics, progress is often in the eye of the beholder. If progress is defined as having a positive impact on Iran’s behavior, the designation will surely fall short of making any. Reformers in Iran are already warning that Trump’s actions have made “the path to democracy in Iran more difficult” and bolstered the political power of hardliners. Indeed, Iran’s quick response — designating U.S. Central Command as a terrorist organization — surely can’t be called progress. Plus, as one Washington Post columnist pointed out, it means that “on issues of shared interest — such as the fight against the Islamic State — any coordination will become more complicated.”

If progress is defined as inflaming tensions with Iran, however, claiming that a branch of the Iranian government is a terrorist organization could certainly qualify. Senior Pentagon officials opposed the move for fear of retaliatory attacks on U.S. forces stationed in the Middle East. The decision to push ahead with the designation in spite of security concerns has led some to speculate that Iran hawks in Trump’s cabinet “may be hoping that Trump’s designation will provoke the IRGC to attack American service members in the region—because that would provide an opening to attack Iran.” Whatever the administration’s motivations are, it is clear that its recent actions are exacerbating tensions and increasing the risk of conflict.

Thankfully, some members of Congress are working to stop this march to war. In an op-ed titled, “Trump is barreling toward war with Iran. Congress must act to stop him,” Senators Tom Udall and Richard Durbin urged Congress to ensure that we do “not repeat the mistakes of the past” by acting “immediately and decisively to block the president’s path to war.” As Sen. Rand Paul plainly explained to Secretary Pompeo, “You do not have the permission of Congress to go to war with Iran… Only Congress can declare war.”

In that spirit, Senator Udall recently introduced S.1039, the “Prevention of Unconstitutional War with Iran Act of 2019,” to block funding for military operations in or against Iran without congressional approval. Call your Senators today and ask them to cosponsor! The Capitol switchboard number is 1-202-224-3121. The operator will connect you with the office you request. 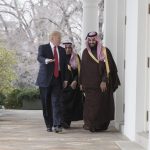 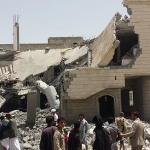