Washington, D.C. — June 29, 2017 — In response to the adoption of an amendment offered by Rep. Barbara Lee (D-CA) to the House defense appropriations bill that would repeal the 2001 authorization for the use of military force (AUMF) 240 days after enactment, Jon Rainwater, Executive Director of Peace Action, released the following statement:

“The 2001 AUMF is the reason the U.S. has been involved in military campaigns in at least seven countries. It’s the reason we’ve allowed the war in Afghanistan to become America’s longest war. It’s the reason a whole generation has grown up not knowing a time without war.

“Representative Lee has championed opposition to endless war brought on by the 2001 AUMF since day one with her sole vote to oppose it. The adoption of her amendment to repeal it gives Congress a chance to reclaim its constitutional role as an arbiter of war and peace.

“This is an opportunity to course correct after a decade and a half of failed U.S. policy in the Middle East. We cannot afford to let it slip through our fingers.”

Background: Rep. Lee’s amendment was adopted in the House Appropriations Committee by voice vote. Its next hurdle is a vote before the full House of Representatives. 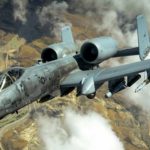 CommonDreams.org – The Trump Administration’s Penchant for Escalation in Syria Must Be ChallengedOp-Ed 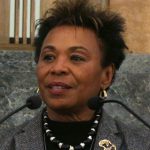