Paul Kawika Martin, senior director for policy and political affairs at Peace Action, is in Hiroshima for the World Conference Against the Atomic and Hydrogen Bombs. Sharing his thoughts on the significance of the anniversaries, Martin commented, “every year, we mark the anniversaries of the atomic bombings to honor the victims, but also to advance the goal of a world without nuclear weapons. Last year, President Obama made a historic visit to Hiroshima and met with survivors. Will the Trump administration do more than spout bellicose threats of using nuclear weapons?”

Since President Obama’s visit to Hiroshima, the risk of nuclear war has arguably increased. According to Martin, “tensions between the U.S. and North Korea are the highest they’ve been since the Korean War. Tensions between the U.S. and Russia are the highest they’ve been since the Cold War and friction with China continues. With these nuclear-armed adversaries each vying to improve their geopolitical positions and expand their nuclear capabilities, the need for dialogue and diplomacy to prevent conflict and support nonproliferation is readily apparent.”

This year’s anniversaries of the first atomic bombings follow the passage of a United Nations treaty banning nuclear weapons, supported by 122 of the world’s nations. The nuclear-armed nations of the world all boycotted the treaty negotiations, and have said they have no intention of adhering to the treaty. Martin praised the treaty as an important step forward, and derided the nations who opposed it. “The adoption of the nuclear weapons ban treaty is an important step in further delegitimizing the stockpiling and expansion of nuclear arsenals,” said Martin. “Unfortunately, the nuclear-armed nations of the world have chosen to ignore the words of wisdom endorsed by a majority of the world’s nations. Countries like the U.S. showcase their hypocrisy when they lean on international law to undermine their adversaries, then openly disregard it when it seeks to limit them.” The treaty opens for signature on September 20, 2017, and enters into force 90 days after the 50th country ratifies, accepts, approves, or accedes to it.

Mr. Martin will travel to Nagasaki on the 7th for the anniversary on the 9th. That evening he will continue on to Okinawa. 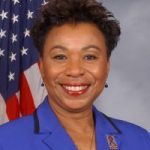 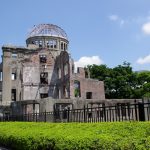