Washington, D.C. — September 13, 2017 — In response to the Senate voting 61-36 to table Sen. Rand Paul’s (R-KY) amendment to repeal the 2001 and 2002 Authorizations for the Use of Military Force (AUMF), Paul Kawika Martin, Senior Director for Policy and Political Affairs at Peace Action, released the following statement:

“The U.S. conducts endless wars based on ancient congressional authorizations in 2001 and for the disastrous Iraq war. Senator Rand Paul (R-KY) courageously forced the Senate to vote on one path forward for Congress to finally debate current Pentagon wars. Thirty-six Senators from both parties supported having a debate and a vote on a new authorization within the next 6 months.

“Lawmakers know that voters think war is toxic and learned from the Iraq war that voting the wrong way can mean their jobs. That’s why many Senators with presidential aspirations and those facing close elections voted to finally fulfill their constitutional responsibility around war issues. More Senators support a new AUMF but not Paul’s process. Let this vote be a signal to Congressional leaders that now is the time for Congress to debate whether or not we should add to the thousands of Americans killed, the tens of thousands wounded, and increase the tax burden of trillions of dollars in war costs.” 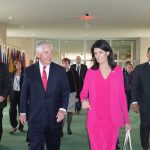 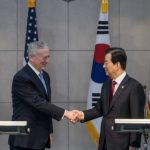