Washington, D.C. — April 4, 2019 — In response to the House sending S.J.Res. 7—legislation directing the president to end U.S. support for the war in Yemen—to the president’s desk, Paul Kawika Martin, Senior Director for Policy and Political Affairs at Peace Action, released the following statement:

“This vote amounts to the greatest challenge to date of U.S. support for the war in Yemen, of President Trump’s unwavering support for Saudi Arabia, and of Trump’s tendency to sidestep congressional authority on war. It also marks the first time that Congress has sent a resolution invoking the War Powers Resolution to the president’s desk. This historic victory belongs to the thousands of grassroots activists who called or wrote their members of Congress, who organized and rallied in protest of the war, and who demanded that American foreign policy be accountable to the American people. Congressional champions of this cause also deserve credit for their invaluable leadership, particularly Senators Bernie Sanders (I-VT), Chris Murphy (D-CT), and Mike Lee (R-UT), and Representatives Ro Khanna (D-CA) and Mark Pocan (D-WI).

“President Trump has threatened to veto the resolution, but he could and most certainly should change his mind. For Trump, this vote poses some theoretically simple questions. Does he want to continue violating the Constitution to support a famine-inducing intervention responsible for the worst humanitarian crisis on the planet? Does he think arming and advising countries that give U.S. weapons to al Qaeda is an acceptable cost of doing business? Does he want to go down as a president who stubbornly backed Saudi Arabia’s interests over U.S. national security interests?

“If Trump doesn’t get the message yet, Congress has a responsibility to keep legislating against this unconstitutional war, and there are good options for doing so. Congress can include language in spending bills to block funding for U.S. support for the war. Under a provision of the Arms Export Control Act, members of Congress can also force up or down votes on every major arms sale to members of the Saudi-led coalition. Key committee members in Congress can also continue exercising their power to hold up arms sales, as they’ve done in the past. Whatever the president chooses to do with this resolution, Congress must keep pushing for an end to U.S. complicity in Yemen’s suffering.”

If Trump vetoes S.J.Res. 7 and Congress fails to override his veto, Congress still has other options for seeking an end to U.S. support for the war. Members of Congress can introduce amendments to spending bills that would block funding for U.S. support for the war. The Arms Export Control Act also allows members of Congress to introduce privileged resolutions to force votes on arms sales above a certain value. There is also some precedent for key committee leaders using their positions to hold up arms sales to Saudi Arabia, which they can certainly do again. 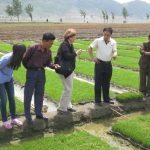 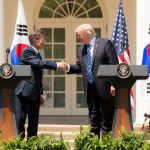