Peace Action: House Fails to Cut Pentagon BloatContacts:Paul Kawika Martin, Peace Action, 951-217-7285 cell, pmartin@peace-action.orgWashington, D.C. — July 21, 2020 — In response to today’s failed House vote on an amendment to the National Defense Authorization Act to reduce the Pentagon budget by 10%, Paul Kawika Martin, Senior Director for Policy and Political Affairs at Peace Action, released the following statement:“More Representatives voted today for the largest reduction in Pentagon spending than in recent history.  Congress still needs to catch up with the will and needs of the electorate, where over half want to see reductions in the bloated Pentagon to pay for other priorities.  The main threats to America’s security, like the global health pandemic and economic crisis, have no military solution. Right now, Congress must prioritize our spending on helping Americans during this pandemic.  The pandemic clearly shows that expensive endless wars that cost over $6 trillion from taxpayers make Americans less safe.“This historic amendment, led by Reps. Barbara Lee (D-CA-13) and Mark Pocan (D-WI-2) provided a perfect opportunity to free up $74 billion that could go into critical voter needs like healthcare, affordable housing, education and local infrastructure.  Unfortunately, a majority of Representatives chose to continue maximally funding Pentagon largesse despite its demonstrated irresponsibility with taxpayer dollars.  The Pentagon is the only Government agency that cannot pass an audit, has returned over $80 billion in funds it failed to spend since 2013 and half of the Pentagon’s total budget is going straight into the pockets of war contractors.  “I hope that Senators support a similar 10% reduction amendment led by Senators Bernie Sanders (D-VT), Ed Markey (D-MA) and Elizabeth Warren and supported by Minority Leader Schumer (D-NY) which will likely get a vote in the coming days.“The passage of the overfunded National Defense Authorization Act today by the House fails to reflect the values of Americans who do not believe the Pentagon should eat over half the Unites States’ discretionary budget”###Founded in 1957, Peace Action (formerly SANE/Freeze), the United States’ largest grassroots peace and disarmament organization, with over 100,000 paid members and nearly 100 chapters in 36 states, works to abolish nuclear weapons, promote government spending priorities that support human needs, encourage real security through international cooperation and human rights and support nonmilitary solutions to international conflicts. The public may learn more and take action at www.PeaceAction.org. 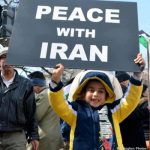 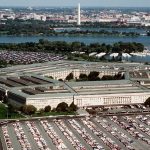