Washington, D.C. — May 7, 2019 — In response to reports that Iran will announce a reduction in its compliance with the Iran Nuclear Agreement on May 8, the one-year anniversary of the Trump administration’s unilateral withdrawal from the agreement, Paul Kawika Martin, Senior Director for Policy and Political Affairs at Peace Action, released the following statement:

“Iran’s decision to reduce its compliance with the Iran agreement is unfortunate, but not surprising in the face of the Trump administration’s belligerent policies. With Trump unilaterally withdrawing from the nuclear agreement despite Iran’s verifiable compliance, imposing sanctions aimed at crippling Iran’s economy and repeatedly threatening war, it’s a miracle Iran stayed in complete compliance for as long as it did.

“The prudent response would be to pursue good-faith diplomacy to bring Iran back into compliance. While the Trump administration surely won’t reenter the Iran agreement, presidential candidates can make clear to the voters, and Iran, that they would return to compliance if Iran did the same.

“Unfortunately, the Trump administration will likely use Iran’s decision as a justification for further escalations of sanctions, threats, and military posturing, all of which will increase the risk of war. Keen observers may experience déjà vu as they hear the Trump administration build its case for war with Iran by parroting the same dubious narratives of nuclear threats and ties to al Qaeda that brought us the Iraq war. As devastating as the Iraq War was, costing hundreds of thousands of lives and trillions of taxpayer dollars, a war with Iran would likely be much worse.

“Congress should express its support for both the U.S. and Iran returning to full compliance with the Iran agreement, while vociferously opposing the administration’s apparent march to war. It should also pass legislation introduced by Sen. Tom Udall (D-NM) and Rep. Anna Eshoo (D-CA) to block funding for war with Iran without explicit congressional approval. The last thing the U.S. and the world need right now is another catastrophic war of choice in the Middle East.” 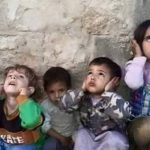 CommonDreams.org – ‘Microcosm of Everything Wrong With US Foreign Policy’: Senate Fails to Override Trump Veto on YemenIn the News 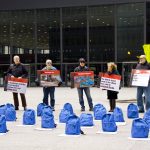