Washington, D.C. — December 5, 2017 — In response to reports that President Trump has decided to recognize Jerusalem as the capital of Israel and to move the U.S. embassy from Tel Aviv to Jerusalem, Kevin Martin, President of Peace Action, released the following statement:

“With this move, Trump is essentially kneecapping his own push for peace. Jerusalem has consistently been one of the most hotly contested issues at the negotiating table. Taking this stance ahead of his own renewed push for negotiations underlines how little the president understands, or cares, about advancing peace in the region.

“It’s noteworthy that Sheldon Adelson, Trump’s largest campaign donor, has been pushing for the embassy move. Between that and the obvious motivation for the president to shift the national conversation away from the Russia investigation and his abysmal tax plan, this is yet another example of personal political gain trumping sound policy in the Trump White House. It also appears to bode ill for other crucial U.S. and international diplomatic initiatives with Iran, Yemen and North Korea. It’s a sad day for American diplomacy.” 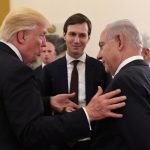 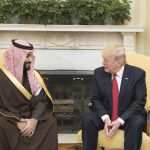