Washington, D.C. — August 21, 2017 — In response to President Trump’s announcement that the U.S. will “fight to win” in Afghanistan, alongside reports that Trump has authorized an increase of 4,000 troops in Afghanistan, Jon Rainwater, Executive Director of Peace Action, released the following statement:

“After months of deliberation or procrastination from the administration on its Afghanistan strategy, President Trump announced the continuation of the same approach that’s failed for the past 16 years. Young Americans and Afghans alike have never known the meaning of peacetime, yet American leaders continue to assert a backwards logic that escalating wars will somehow help end them. History says otherwise.

“Ending the war in Afghanistan requires a comprehensive strategy to achieve a lasting political solution. Not only has Trump failed to present a robust diplomatic strategy, but in reportedly authorizing an additional 4,000 troops in Afghanistan rather than continuing to drawdown, he’s managed to make the arduous but vital task of achieving a negotiated settlement even more difficult.” 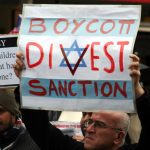 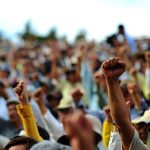 Huffington Post – Why the U.S. Resistance Should Support Protests in OkinawaOp-Ed