Washington, D.C. — March 6, 2018 — Yesterday witnessed a historic diplomatic breakthrough between North and South Korea. North Korea agreed to continue its freeze on nuclear and missile tests while it engages in talks with South Korea, to hold a summit meeting next month between its leader Kim Jong-un and South Korean President Moon Jae-in, expressed that it wants “heart to heart talks” with the U.S. including possible normalization of relations, pledged not to attack South Korea, and expressed that it could give up its nuclear weapons if it got security guarantees.

“This is what diplomacy looks like,” exclaimed Kevin Martin, President of Peace Action. “When countries talk to each other instead of lobbing threats, anything is possible. Now it is time for the U.S. to pivot from maximum pressure on North Korea to maximum engagement in this peace process. On Saturday, President Trump said the U.S. would talk to North Korea. He needs to make clear the U.S. supports President Moon’s peace initiative and will engage in negotiations in good faith with no preconditions. A great first step would be to pull the plug on the massive U.S./South Korea war exercises, which had been originally scheduled for March but were postponed at Moon’s request because of the Olympic Truce. Let’s put them on hold indefinitely as a good faith gesture to support the flowering of peace and diplomacy.”

Martin also convenes the Korea Collaboration, a grassroots network of organizations and activists supporting peace and diplomacy on the Korean peninsula. Over 200 groups and individuals supported the Collaboration’s call to organize around the Olympic Truce. 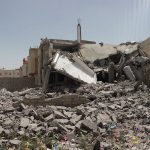 Kansas City Star – Where Do Our Senators Stand on War in Yemen?Op-Ed 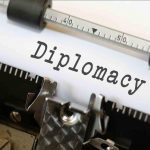 CommonDreams.org – Denuclearization on Table After ‘Openhearted Talk’ Between North and South Korea Moves Nations Away From WarIn the News