“President Trump’s decision to strike Syrian forces was impulsive, dangerous and a clear violation of domestic and international law. This attack endangers U.S. forces in the region, and invites escalation from Russia, Iran and Syria.

“Syrian civilians need answers, provided through an independent investigation, about who attacked them with chemical weapons, and how those parties will be held to account for their crimes. Syrian civilians need humanitarian aid to alleviate the suffering and desperation caused by years of war. Syrians need refuge in safer countries, refuge that Trump has refused them. Syria needs sustained, multilateral diplomacy to end the war and achieve a lasting political solution. Above all, Syria needs peace, and missiles have never brought peace.

“Sadly, we’ve grown accustomed to a president with little regard for the law, and to a Congress with little interest in enforcing it. For a decade and a half, Congress has abdicated its solemn duty to decide when we go to war, leaving that power in the hands of the president. President Trump had no legal authority to attack Syria, and President Obama’s legal justification for sending U.S. soldiers to Syria was dubious at best. But Congress’ failure to reassert its war powers has rendered it useless in preventing illegal wars. Members of Congress must speak out and work to reassert congressional war powers in order to reverse this fundamental erosion of our democracy and alter the course of an increasingly reckless foreign policy emanating from the White House.” 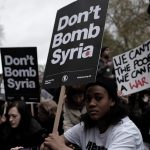 CommonDreams.org – Critics Warn Any US Attack on Syria Ordered by Trump Would Be ‘Reckless,’ ‘Dangerous,’ and ‘Illegal’In the News 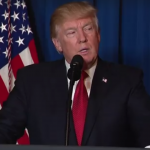