“Once again, Saudi Arabia and the United Arab Emirates show their disregard for the nearly 18 million civilians struggling to survive by conducting a major military attack on Yemen’s critical port city which is crucial for delivering critical supplies like food, medicine and fuel. Over eight million people are holding off starvation by a thin thread that this needless attack could break.

“The U.S, government and Congress are complicit in this war on Yemen known as ‘the worst humanitarian crisis in the world’ by selling weapons and providing logistical and military support to the Saudi-led coalition despite no constitutional authorization from Congress.

“Thankfully members of Congress like Senators Chris Murphy (D-CT), Mike Lee (R-UT) and Bernie Sanders (I-VT) in the Senate and Representatives Mark Pocan (D-WI), Justin Amash (R-MI), Ro Khanna (D-CA), Thomas Massie (R-KY), Barbara Lee (D-CA), Walter Jones (R-NC), and Ted Lieu (D-CA in the House have fought for their constitutional duty by either opposing the illegal U.S. participation or calling for a vote on a Authorization of Use of Military Force (AUMF).

“History shows that only a political solution will solve the war on Yemen and the U.S. needs to stop its participation with the Saudi-led coalition and push for a cease fire and urge full participation in the U.N. peace process.”

Within the last few days 43 members of Congress (nine Senators and 34 representatives) signed letters to the Trump administration warning of the consequences of an attack on Hodeida. 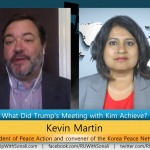 Rising Up With Sonali – What Did Trump’s Meeting With Kim Achieve?In the News 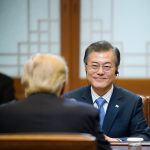