“Trump simply translated the campaign’s religiously discriminatory Muslim Ban into bloodless bureaucratic prose. Trump is building a wall around our nation and long-suffering refugee families are the ones who are going to pay.

“While turning his back on refugees, Trump is feigning compassion for their struggle by promising so-called ‘safe zones’ in Syria. Trump is using this promise as it’s been used in the past: for political cover to deny refugees asylum.

“Regardless of the motivation, human rights advocates oppose safe zones because they can turn into deathtraps, as the 1995 massacre in Srebrenica demonstrated. Enforcing these zones would likely require a serious escalation of U.S. military involvement in Syria and risk entangling the U.S. in another protracted war in the Middle East.” 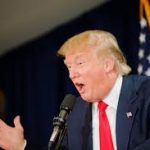 Nuclear Negotiations Are Not a Real Estate DealPress Statement 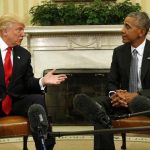 New START Was and Is a Good Deal for America, and the WorldPress Statement