“With Russia and the U.S. holding about 95% of the world’s nuclear stockpile and with the U.S. set to spend $1 trillion over the next 30 years, the two countries need serious proposals and dialogue with the aim to reduce the pricey stockpiles that tend to make the world less safe.  Unfortunately, President Putin refuses to discuss further reductions since the successful New START Treaty was signed.”

Founded in 1957, Peace Action (formerly SANE/Freeze), the United States’ largest peace and disarmament organization, with over 100,000 paid members and nearly 100 chapters in 36 states, works to abolish nuclear weapons, promote government spending priorities that support human needs, encourage real security through international cooperation and human rights and support nonmilitary solutions to the conflicts with Afghanistan and Iran. The public may learn more and take action at http://www.PeaceAction.org. 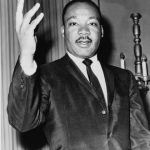 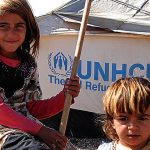