“Saudi Arabia’s admission that Jamal Khashoggi was killed at its consulate in Istanbul confirms our worst fears about his fate. The fact that Saudi Arabia denied any wrongdoing for three weeks and now claims Khashoggi’s death was an accidental consequence of a fight rather than a cold-blooded murder underlines its lack of credibility. None of this should come a a surprise, as Saudi Arabia has been killing civilians in Yemen and denying or downplaying its responsibility for three-and-a-half years now. President Trump has already made it clear that he thinks neither the intentional targeting of civilians in Yemen, nor the murder of a Washington Post journalist should warrant an end to military support and arms sales for the Saudis.

“Khashoggi was a critic of the Yemen war and what he called Crown Prince Mohammed bin Salman’s ‘impulsive behavior in foreign policy.’ It would be an ironic stroke of justice if this attempt to silence his voice became the turning point in efforts to end the brutal war and humanitarian disaster in Yemen.

“Before this killing, Congress was already weighing legislation introduced by Rep. Ro Khanna (D-CA) that would cut off U.S. support for the brutal Saudi and UAE-led war in Yemen. I don’t see how any member of Congress can justify a vote against this legislation. This latest crime deserves to be the straw that breaks the camel’s back.” 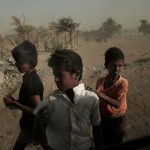 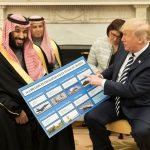