Washington, D.C. — January 18, 2019 — In response to the administration’s announcement that President Trump and Kim Jong-un will hold a second summit meeting near the end of February, Kevin Martin, President of Peace Action and Coordinator of the Korea Peace Network, released the following statement:

“After months of scant visible progress in negotiations between the U.S. and North Korea, this announcement bodes well. Of course, the proof is in the pudding. The real test of progress is not the announcement of another summit, but whether or not the agreements that come out of that meeting advance the causes of peace and security. If the administration is prepared to abandon its maximalist demand that North Korea entirely denuclearize prior to any concessions from the U.S., real progress becomes much more viable.

“Recent meetings between U.S. and North Korean negotiators suggest the two sides may be trying to nail down the broad strokes of an agreement to move the peace process forward prior to the summit meeting. Possible scenarios of progress include an agreement to ease some sanctions in exchange for North Korea forfeiting certain ballistic missiles or freezing nuclear production. Another potential path forward is a declaration announcing the end of the Korean War, which President Moon of South Korea has urged the U.S. to support. That would be an elegant step towards a formal peace agreement and towards meeting North Korea’s desire for security guarantees that could change its calculus on the value of its nuclear arsenal.

“While Winston Churchill was right, talk talk is better than war war, Trump shouldn’t bother with another summit unless there are concrete, mutual steps towards peace in the offing. Hopes were raised, understandably, by the first summit, but there was not a lot of substance. Since then, progress has been stymied in large part by U.S. intransigence on sanctions, humanitarian aid, denuclearization and even matters of Korean sovereignty, such as opposing the opening of a South-North liaison office, and trying to stop the testing of North Korea’s railroad tracks, both of which went ahead despite U.S. opposition. Indications are there may be a worthwhile deal to be had by both sides, and that would be worthy of a summit. Trump trying to claim a political victory to save his shambolic presidency would not.”

The Korea Peace Network is a coalition of peace groups, arms control groups, and Korean-American activists working for peace on the Korean Peninsula. 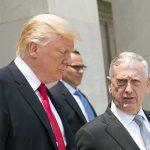 Trump is Right to Withdraw from Syria, Should Also Step Up Diplomacy and AidPress Statement 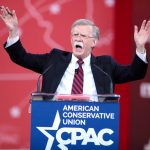