“In confirming Mike Pompeo for Secretary of State, the Senate just empowered an anti-diplomacy hawk to lead the nation’s diplomatic efforts at a time when we need patient, painstaking diplomacy to overcome the threat of war with North Korea. Killing two doves with one stone, it also empowered an Islamophobic anti-Iran hawk who supports withdrawing from the Iran nuclear agreement, despite Iran’s verifiable compliance with the accord.

“When diplomacy was needed to avert a war with Iran, Mike Pompeo advocated for bombing Iran’s nuclear facilities instead of sitting down at the negotiating table. When Pompeo and Trump’s new national security advisor John Bolton meet in the Oval Office, Trump will have an anti-Iran, pro-regime change hawk on both shoulders. If Trump withdraws from the agreement and Iran responds in kind, long-time advocates of military action against Iran, like Pompeo and Bolton, will see their arguments for war pick up steam in a renewed cycle of escalation of their own making.

“Beyond the implications for the U.S. relationship with Iran and the other nations that signed the Iran accord, abandoning a successful nuclear agreement for no good reason will send a terrible signal to North Korea just weeks before Trump is expected to meet with Kim Jong-un in pursuit of another nuclear agreement.

“Senators opposing Pompeo were only a handful of votes away from blocking his confirmation, and those senators should continue the struggle by holding Pompeo accountable to the American people, who support diplomacy and are tired of endless war. Hopefully Pompeo will see the narrow vote as a mandate to commit to the pursuit of diplomacy like he never has before. Senators can also protect against the completion of President Trump’s war cabinet by opposing the nomination of Gina Haspel to lead the C.I.A. on account of her role in overseeing and working to cover up evidence of torture.” 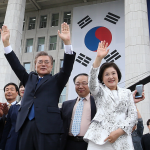 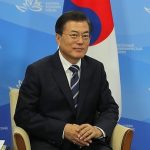