Washington, D.C. — June 17, 2019 — In response to the Trump administration’s decision to send an additional 1,000 troops to the Middle East amidst escalating tensions with Iran, Jon Rainwater, Executive Director of Peace Action, released the following statement:

“Rather than pursuing diplomatic off ramps to avert conflict with Iran, the Trump administration is in the left lane pushing the pedal to the floor, barreling towards another catastrophic war of choice. War with Iran would be a historic disaster, imperilling countless U.S. and Iranian lives and further destabilizing the region. We cannot allow the administration to play politics with our foreign policy at the expense of national security.” 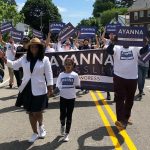 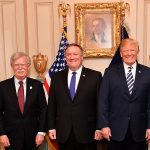