Washington, D.C. — May 3, 2017 — In response to the delivery of nearly half a million petition signatures to Congress in support of the Restricting First Use of Nuclear Weapons Act, S. 200 introduced by Sen. Ed Markey (D-MA) and H.R. 669 introduced by Rep. Ted Lieu (D-CA), Paul Kawika Martin, Senior Director for Policy and Political Affairs for Peace Action, released the following statement:

“The U.S. was founded on a system of checks and balances to protect Americans from tyranny.  The use of nuclear weapons — the most destructive weapon capable of ending life as we know it — should be constrained by checks and balances as well. Thankfully, Representative Lieu and Senator Markey have introduced this legislation to prohibit the President from starting a nuclear war without a congressional declaration of war.” 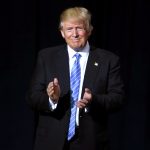 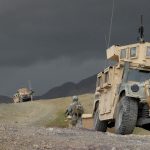 5,000 More Lives on the Line Won’t Equal a Win in AfghanistanPress Statement