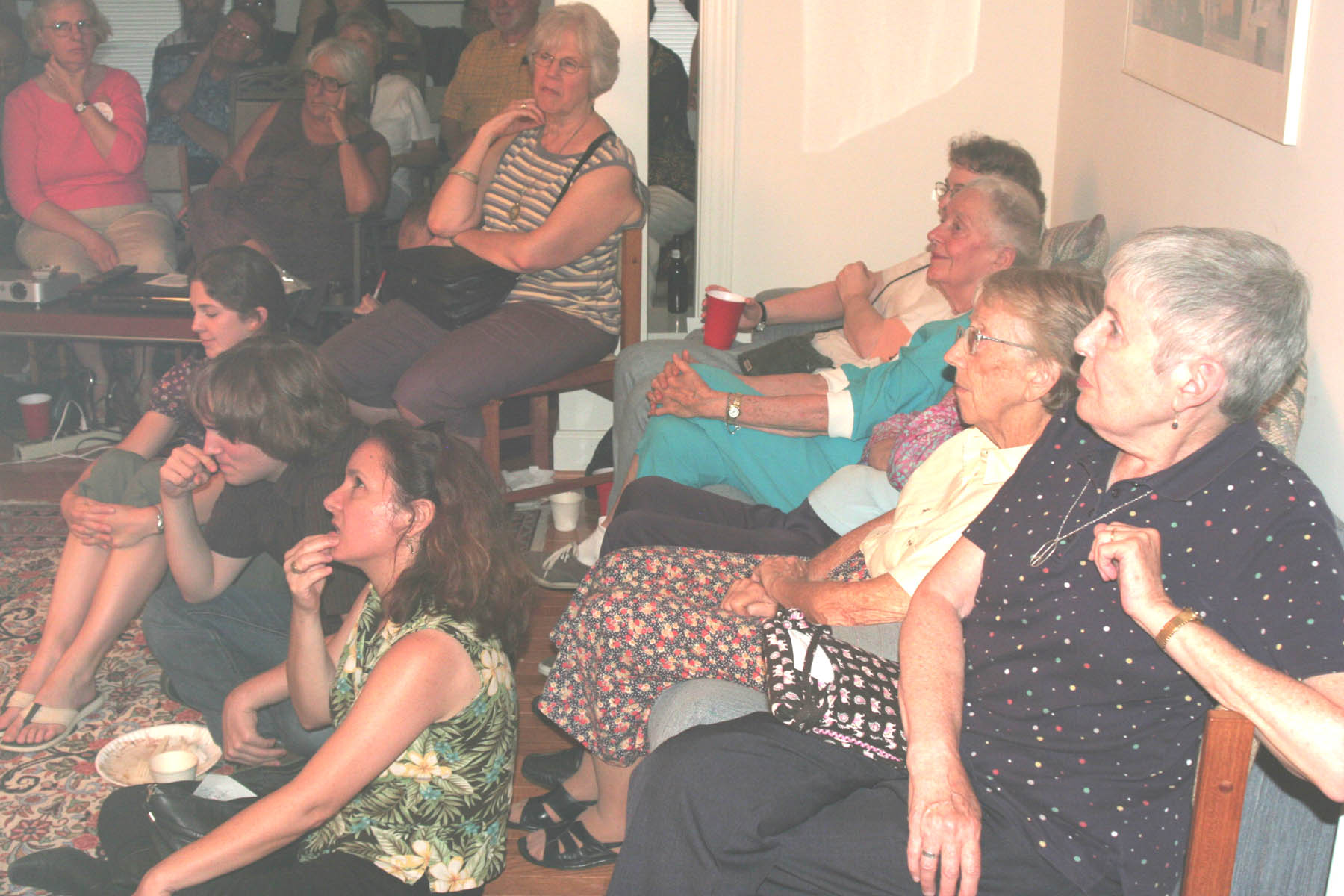 On August 1st, Peace Action Montgomery of Maryland kicked off Peace Action’s national house party campaign. The group hosted over sixty people in one of their member’s homes. With so many people in attendance, myself and many of the other participants took to the floor for a night of good discussion and great company.

One of the highlights of the party was definitely the food. The menu consisted of all authentic, home cooked Iranian food prepared by Bahram, an Iranian Peace Action activist, and his mother. My favorite dish was probably the falafel patties, but it was a hard decision to make with such tasty grape leaves on the table.

After taking about an hour to eat, chat, and eat some more, member Jean Athey called us all to gather into the main room. Once there, Jean spoke briefly about Peace Action Montgomery and then introduced Steve Yoczik. Steve talked to us about his own experiences as a war resister and the struggles he faces now. He also spoke highly of Courage to Resist. For those of you who are not familiar with the organization, Courage to Resist is an organization that “provides political, emotional and material support” for GI resisters.

When Steve finished speaking he introduced fellow war resister and Iraq Veterans Against the War member Geoff Millard. He also spoke about his experiences within the military, as a resister, and finally as an activist. Geoff then fielded a number of questions from Peace Action Montgomery members before turning the spotlight back to Jean.

Robert Greenwald’s Rethink Afghanistan series was the next item on the agenda. The group split into two with some people watching the videos on a projector downstairs. We watched the first three parts of the film for approximately forty-five minutes. Afterwards, each group had its own discussion about the themes of the videos, the questions they raised, and the new solution we need to find in Afghanistan. The conversations raged for over an hour, with many people swapping phone numbers and e-mail addresses for follow-up.

After it was all said and done, both the staff at Peace Action and the members of PA Montgomery were excited about how the event turned out. Member Steve Lane reported that they were able to raise over $1000 to support the efforts of Courage to Resist. Perhaps more importantly, several people expressed interest in holding their own Afghanistan house parties to keep the momentum gathering.