President Obama delivered a “stay the course” on the Afghanistan-Pakistan war speech inside the White House this morning in conjunction with the release of the administration’s review of his year-old escalation of the war. The review amounts to a “things are better but we need more time, money, troops, weapons and drone strikes” self-justification, even as the intelligence community’s National Intelligence Estimate, as well as reports from the International Red Cross and mainstream media articles paint a far grimmer picture of the reality on the ground in Afghanistan and Pakistan. More on the dueling analyses soon.

At the same time as Obama’s speech, several hundred peace activists, led by Veterans for Peace, gathered in front of the White House in a cold, wet snowstorm to demand an end to the madness. Well over one hundred folks, many of whom are veterans who know the insanity of war all too well, were arrested by DC Park Police in a high-spirited, inspiring, non-violent act of civil resistance. CNN reports 131 arrests!

Among the heroes and sheroes arrested for their acts of conscience were Peace Action Montgomery’s Jean Athey, North Carolina Peace Action’s John Heuer, and New Hampshire Peace Action Director Will Hopkins. John and Will are veterans, and this was Will’s first arrest for peace! 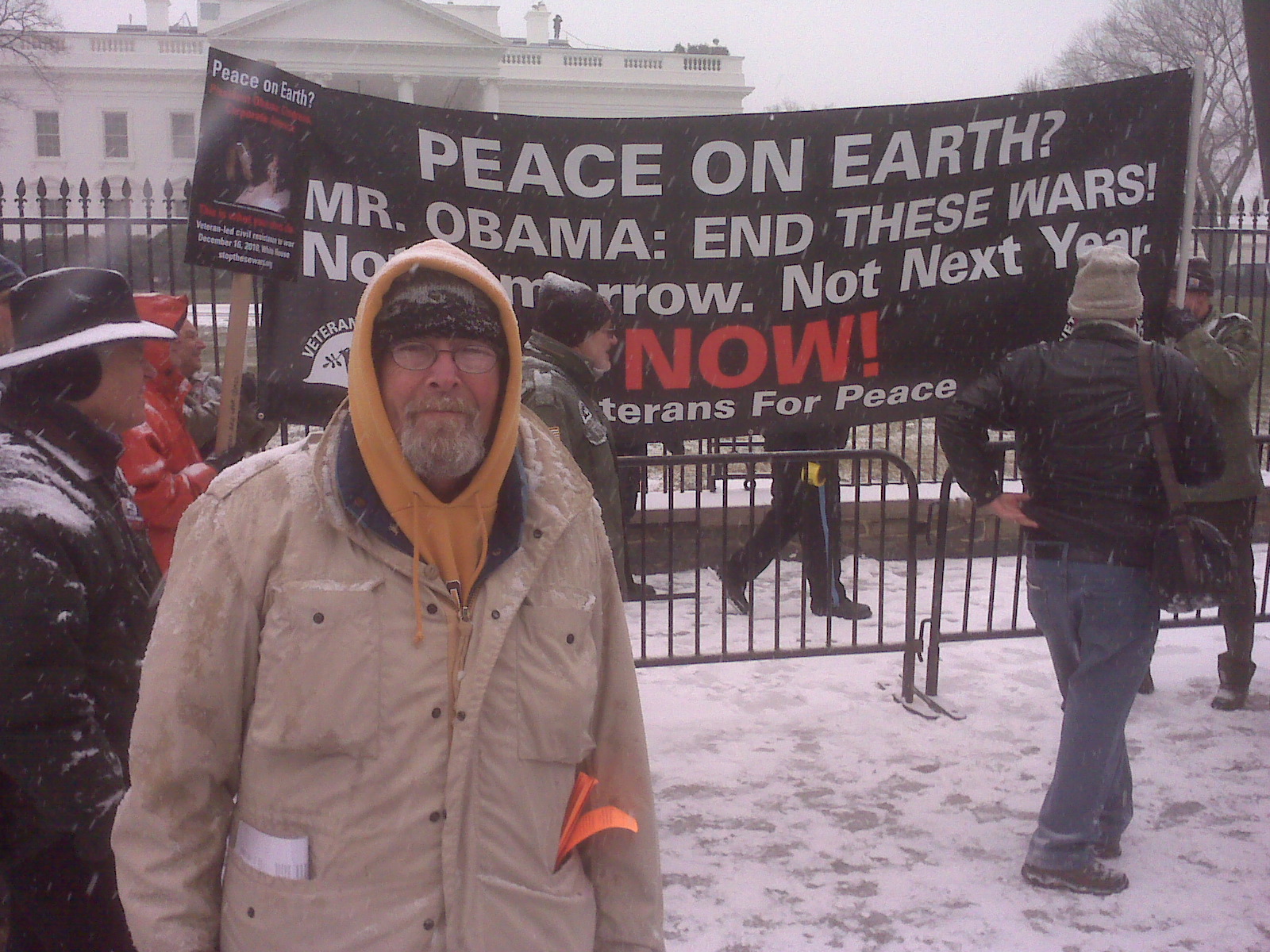 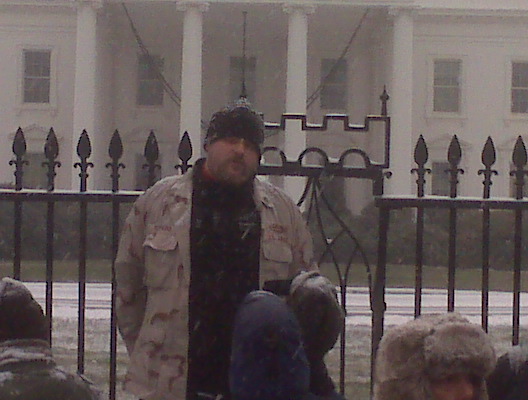