Listen up Super Committee: Get their attention on FB & Twitter! 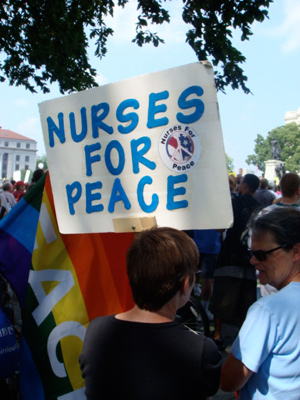 Sen. Patty Murray of Washington and Rep. Jeb Hensarling of Texas are getting to work. The Co-chairs of the “Super Committee” charged with coming up with the next round of Federal cuts are picking their staff and preparing for the full committee of 12 to begin their deliberations on September 23.

Send a strong message to the co-chairs now: Save Social Security, Medicare and Medicaid, cut the Pentagon budget.

The Super Committee, composed of members of both chambers and both parties, has been granted extraordinary new powers to cut over $1 trillion from federal spending over the next 10 years. It’s unprecedented.

Put the Super Committee co-chairs on notice: we are ready to mobilize and organize to put the Pentagon budget on the chopping block to save community services.

Before the members of the Super Committee were finalized, the Secretary of Defense Leon Panetta said that if mandatory cuts in the Pentagon budget were triggered, it would have catastrophic impact on national defense.

Peace Action says, “Hogwash!” We can and must cut the Pentagon budget, which has doubled over the last 10 years, to provide the jobs and services we need in our communities. Check out our “myth-buster” literature.

In Congress, you have to “follow the money” to figure out how a member may vote. Rep. Jeb Hensarling of Texas gets his campaign contributions from banks, investment firms and insurance companies. Sen. Patty Murray of Washington gets hers from Boeing, Emily’s List and MoveOn. Some members of the Super Committee do keep one ear to the ground.

We’ve got a fight ahead to make our voices heard.

By ending the wars on the agreed upon timetables, $200 Billion could be saved over 10 years, 1/6 of the Super Committee’s goal.