A New Map for Relationships

This is a guest post from Martin Hellman that was originally published on his Defusing the Nuclear Threat blog.

My last blog post announced that my wife Dorothie and I will be using my half of the $1 million ACM Turing Award to further our work on building a more peaceful, sustainable world. Our initial thrust will be to bring attention to a new approach described in our forthcoming book, A New Map for Relationships: Creating True Love at Home and Peace on the Planet. That approach combines a concern for global issues with improving one’s marriage or other intimate relationship. It worked wonders for us, while nothing else had dented our cycle of seemingly endless fights. We also found that working on both the personal and global dimensions simultaneously accelerated our progress on each of them. We hope to have the book ready in time for the formal conferral of the ACM Turing Award in June, and in the meantime hope to excite interest by posting some chapters of the book here. Chapter 1 is immediately below, and watch here for additional installments.

If you’d like to receive updates about the book, send me an email at “martydevoe AT gmail DOT COM” with SUBSCRIBE as the subject (body text is optional).

Tearing Up the Map

DOROTHIE: One sparkling fall afternoon in 1989, we drove up to San Francisco for an afternoon event. We went early so that we could enjoy some time together, taking in the panoramic, bird’s eye view of the city from Twin Peaks. Were we in for a surprise.

MARTY: When we were ready to leave Twin Peaks, Dorothie got out the map to figure out how to get to the event. This was 1989, before GPS and smart phone navigation, so the map was the old kind, made of paper.

I must have thought Dorothie needed help, because I reached over and took the map out of her hands, without asking. Not a smart move, as this was not only impolite; it was one of Dorothie’s pet peeves. She was an adult, and could ask for help if she needed it. Being shouldered aside this way felt like a major insult and had made her go ballistic often enough in the past that I should have known better. Sometimes we just don’t learn.

Dorothie exploded. She stormed out of the car, slammed the door, and stomped off like she was never coming back, leaving me wounded and wondering what to do. Just sitting there, hoping she would calm down and return felt stupid – like she was the princess and I was her attendant-in-waiting (literally). But driving off seemed even more stupid. Sometimes the smart thing feels stupid. (It turns out Dorothie wasn’t totally out of her senses, and she later admitted her relief when I didn’t go speeding off, leaving her stranded. It’s a long walk from Twin Peaks to public transportation and other sources of help.)

DOROTHIE: And I wasn’t as totally out of my mind as it appeared to Marty. I was worried that he might drive off, but I left the car not just because I had to get away from an intolerable situation, but also because I was afraid I would say something hurtful to Marty. We had made enough progress by this time that I didn’t want to do that, even as hurt as I was.

After a few minutes, I calmed down enough to return to the car. But I was deeply hurt, and Marty was extremely tense, fearing that he might step on another land mine. He was trying to calmly read the map, as if nothing had happened. That charade brought my fury back with a vengeance. It felt like Marty cared more about the map than he did about me.

I reclaimed the map by ripping it out of his hands, and tore it to pieces. For a few seconds, we both held our breaths, waiting for Marty to react. Would he escalate the fight? He was deeply hurt, so that was a real possibility. But instead, miraculously, he laughed.

Another second of doubt. How would I respond? Would I take his laughter in the right spirit, or would I feel that he was laughing at me? I too broke out laughing. What a relief!

MARTY: But now we had to put the jigsaw puzzle that had been our map back together so we could find our way to the event. This led to yet more laughter – as much from relief as from the comedy of the situation.

Now and then, I still take over without asking – you’ll see an example in the section “The Flaky GPS.” That behavior was built into me with my mother’s milk, since she did things like that too. Ironically, her doing that used to drive me crazy, so I should have understood Dorothie’s need for me to be less controlling.

DOROTHIE: But now, Marty’s taking over without asking doesn’t set me off. It’s an opportunity for laughing at his little quirks which used to drive me crazy, but which have become a part of our love story.

It was a long process to move our relationship from one of frequent conflict to where it is today – not having had a single argument in many years. The fact that we were able to come so far gives hope that any relationship can be healed if those involved will do the hard work required. While it’s hard work, the rewards are well worth the effort. 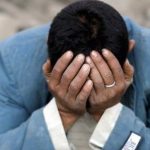