27 Reps to the President: No MANPADS in Syria

The Central Intelligence Agency is considering issuing shoulder-fired anti-aircraft missile systems, also known as MANPADS, to rebel forces in Syria. In response, Reps. John Conyers (D-MI) and Ted Yoho (R-FL) authored a bipartisan letter signed by 27 Members of Congress urging the President to continue opposing this plan. There is a very real danger that these small, easily portable, surface-to-air missile launchers could fall into the hands of terrorist organizations like Al Nusra Front (an Al Qaeda affiliate), or ISIS. Given that MANPADS are designed to take down aircrafts, delivering them to rebels in Syria (some of whom have collaborated with Al Nusra Front) could pose an enormous risk to both military and civilian aircraft, including commercial airliners, potentially endangering flights into and out of the entire Middle East.

In the letter, Conyers and Yoho point out that multiple international agreements already explicitly prohibit the transfer of these powerful and easily concealed weapon systems to non-state actors. They also note that American weapons and equipment have an established pattern of falling into the hands of extremists, the last occasions being just this last September when U.S.-vetted rebels surrendered over a quarter of their arms and equipment to Al Nusra, and then last month when Al Nusra occupied rebel bases, seizing the U.S. supplied weapons therein, including anti-tank missiles.

Peace Action stands with these 27 representatives in calling for the President to abide by U.S.-backed international agreements and prohibit the CIA from carrying out this dangerous and foolhardy scheme that would immeasurably increase the dangers of weapons proliferation in a region already saturated in violence.

President of the United States

We write to express our concern over new reports that the Central Intelligence Agency is designing a plan that could provide shoulder-fired anti-aircraft missiles (also known as Man-Portable Air-Defense Systems, or MANPADS) to non-state actors in Syria.

As you may know, the U.S. House of Representatives has repeatedly voted to block MANPADS from being sent to combatants in Syria. In June 2014, the House unanimously approved an amendment to The Department of Defense Appropriations Act of 2015 that blocked the use of any Department of Defense funds from being used to transfer such weapons to combatants in the Syrian civil war under Sec. 9016 of P.L. 113-235. To the extent that Sec. 9016 has been extended by the Continuing Resolution, the MANPADS restriction would continue to apply to any use of that extended authority. Language prohibiting the “procurement or transfer” of MANPADS to Syria was included in the base text of the The Department of Defense Appropriations Act of 2016, which passed the House overwhelmingly. In addition, House Members unanimously approved additional amendments to prohibit the transfer of MANPADS to Iraq and Ukraine, underscoring their grave concerns about the transfer of MANPADS.

The concerns repeatedly and unanimously expressed by the House of Representatives were validated when the Pentagon confirmed that last September, Syrian rebels vetted and trained by the United States handed over their equipment to the al Qaeda-linked Nusra Front. The rebels surrendered six pick-up trucks and ammunition—amounting to about one-quarter of their issued equipment—to an agent of the Nusra Front. And just last month, Al-Qaeda’s affiliate in Syria attacked a Western-backed rebel faction, taking over bases and seizing U.S.-supplied weapons including antitank missiles. These are just a few examples of the repeated instances of terrorist organizations operating inside Syria acquiring U.S.-supplied weapons from rebels that have been vetted by the Pentagon or CIA.

Your own concerns over this type of proliferation had previously led your administration to firmly oppose the provision of MANPADS to combatants in Syria. Reuters has reported that on February 18, 2014, a senior administration official said that the administration “remains opposed to any provision of MANPADS to the Syrian opposition” and Reuters further reported that “The United States has long opposed supplying rebels with anti-aircraft missiles due to concern they may fall into the hands of forces that may use the weapons against Western targets or commercial airlines.” On March 28, 2014, one of your national security advisers said: “We have made clear that there are certain types of weapons, including MANPADS, that could pose a proliferation risk if introduced into Syria.”

We strongly support that view, as MANPADS can easily be hidden in the trunk of a car or even in a golf bag, making their proliferation a serious threat to civilian airliners in the region — including Israeli airliners — and across the world. As a 2011 U.S. State Department factsheet states: “Since 1975, 40 civilian aircraft have been hit by MANPADS, causing about 28 crashes and more than 800 deaths around the world.” Former CIA Director David Petraeus has said: “As you know, that was always our worst nightmare, that a civilian airliner would be shot down by one.” Then-Secretary of Defense Leon Panetta told the Wall Street Journal: “There is no question when you start passing MANPADS around, that becomes a threat, not just to military aircraft but to civilian aircraft.” Then-Secretary of State Colin Powell said: “No threat is more serious to [civil] aviation” than MANPADS.

Finally, we note that transferring MANPADS to combatants in the Syrian Civil War would appear to violate at least three U.S.-backed international agreements, including the U.S.-initiated G8 Action Plan, The Wassenaar Arrangement on Arms Control in 2003, and a 2005 Organization of American States resolution, all of which prohibit the transfer of MANPADS to non-state actors.

Accordingly, we urge you to maintain your stance in opposition to sending MANPADS into Syria and also request that you strongly discourage all nations from doing so.

We thank you kindly for your attention to this important matter. 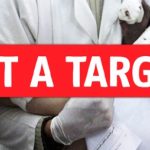 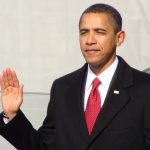