“Trump’s revised executive order is the same Muslim ban with a fresh haircut, and a botched one at that. It still blocks refugees and travelers from six Muslim majority countries. It still violates core American values of religious tolerance and providing refuge to those fleeing violence and persecution. It still makes Americans less safe by feeding into the recruitment narratives of violent extremists.

“There’s no evidence that banning travelers based on nationality actually protects anyone. As Trump’s own Department of Homeland Security said in a recent report, a person’s ‘country of citizenship is unlikely to be a reliable indicator of potential terrorist activity.’

“The U.S. is currently engaged militarily in four of the six countries targeted by the order. In Yemen, the U.S. is backing a Saudi-led bombing campaign that’s hit schools, hospitals, weddings, and funerals, and killed thousands of civilians. Trump’s painfully ironic message to the world is that despite America’s role in conflicts across the Middle East, refugees fleeing those conflicts aren’t our responsibility.” 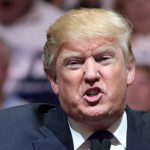 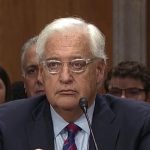