From launching a volley of Tomahawk missiles at a Syrian air base, to repeatedly bombing pro-Syrian government forces, to shooting down a Syrian Air Force jet this past weekend, the Trump administration’s proclivity for escalation has led to a new chapter in the Syrian civil war. In this chapter, the threat of the U.S. sliding into all out war with the Syrian government is higher, and the threat of direct confrontation with Russia is perhaps the highest it’s been since the Cold War.

Looking first at U.S. policy towards the Assad government, each new clash between U.S. and Syrian forces increases the likelihood of U.S. priorities in Syria officially expanding to include forcibly undermining or even toppling the Assad government. Politicians and think tanks on both sides of the aisle pushed the Obama administration for years to adopt such policy shifts. Under the Trump administration, we’ve seen a so-called “limited strike” justified as a means of deterring Assad from using chemical weapons quickly evolve into a pattern of targeting pro-Assad forces. Now with the downing of a Syrian jet, we appear to be in a de facto—and unauthorized—state of war with the Syrian government.

It’s unclear whether shortsighted battlefield decisions are now shaping U.S. policy in Syria more than any long-term strategy, or whether these escalations are in fact designed to draw us into a full-scale confrontation with Assad, but either way, the trajectory of U.S. policy in Syria has taken a turn for the far worse. Lest we forget, a comparable situation developed in Afghanistan, where a campaign against al Qaeda morphed into a protracted fight with the Taliban. That the Pentagon appears to be on the verge of sending thousands more troops to Afghanistan, a move sure to further prolong America’s longest war, should serve to remind us of the perils of escalation.

Of the myriad risks posed by U.S. military involvement in Syria, the potential for direct military confrontation between the U.S. and Russia may be the most severe. Until recently, our countries’ shared interest in self preservation—manifested in agreements to avoid accidental conflict and hotlines to ensure swift communication—has helped mitigate that risk. But when Trump ordered the first U.S. strike on Syrian government forces in April, Russia responded by suspending its participation in a 2015 agreement to avoid mid-air incidents between U.S. coalition and Russian aircraft.

On Monday, in response to the U.S. downing a Syrian warplane, Russia announced it was suspending its use of a hotline setup between the U.S. and Russian militaries to avoid conflict and facilitate de-escalation. It also announced that moving forward, “All flying objects, including planes and drones of the international coalition, detected west of the Euphrates, will be followed by Russian air defense systems as targets.” While that language suggests Russia may only attack coalition aircraft in response to their attacking Syrian government forces or their allies, recent U.S. strikes against Assad and pro-Assad forces, paired with the U.S. military’s retort that it would “continue to conduct operations throughout Syria, providing air support for coalition and partnered forces on the ground,” makes direct conflict between U.S. and Russian forces an entirely conceivable scenario.

Needless to say, such an incident should be avoided at all costs. No strategic or political goals of the U.S. or Russia come anywhere close to justifying any action that could lead to all out war between two nations armed to the teeth with conventional and nuclear weapons. For as long as U.S. and Russian forces have been in Syria, there’s been a risk of accidental confrontation. But while dangerous, an accidental conflict is much easier to de-escalate than the authorized and intentional targeting of each other’s militaries. If the U.S. continues targeting Russian-backed forces and Russia follows through with its threat, it’s hard to imagine how further escalation would be avoided.

It’s well worth noting that this volatile situation probably wouldn’t have developed if the U.S. followed its own laws regarding the use of force. Since Trump took office, the legality of U.S. involvement in Syria has slid from dubious to non-existent. When President Obama began bombing ISIS in Syria and when he broke his pledge to keep troops out of the country, he justified those decisions by pointing to the 2001 authorization for the use of military force (AUMF) that allows for the targeting of al Qaeda and groups affiliated or associated with al Qaeda. The case that the 2001 AUMF covers the campaign against ISIS is suspect at best given that ISIS didn’t exist in 2001 and that al Qaeda and ISIS are enemies. But even if you buy that rationale, Congress has yet to debate let alone pass an AUMF that authorizes military action against the Syrian government, making the Trump administration’s strikes against Assad’s forces entirely illegal.

It’s long past time for Congress to intervene. For years now, Congress has abdicated its responsibility to debate and vote on U.S. wars. Now American soldiers in Syria are looking down the barrels of Russia’s air defense systems in a war with no legal basis and no input from the people’s representatives in Congress. In order to avoid catastrophe, Congress should debate and vote on a new AUMF, and come to the appropriate conclusion that U.S. military involvement in Syria, particularly against the Syrian government and its allies, is not in the best interests of the American people. Instead, Congress should push the administration to focus on diplomatic and humanitarian strategies to end the war and foster a sustainable peace in the war-torn nation. 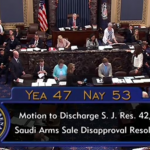 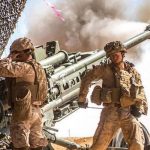