Washington, D.C. — July 7, 2017 — In response to the announcement that the U.N. voted to adopt a treaty that calls for the total elimination nuclear weapons, Jon Rainwater, Executive Director of Peace Action, released the following statement:

“The treaty represents a major step towards eliminating the catastrophic threat that nuclear weapons pose to humanity and life on earth. By boldly outlawing the possession of nuclear weapons the treaty fundamentally changes the terms of the global nuclear weapons debate. This treaty draws a bright line in international law that will be hard to ignore. Over time this clear legal standard can reframe a debate still dominated by obsolete ideas of deterrence and “mutually assured destruction” that obscure the real-world moral consequences of nuclear weapons use.

Preaching temperance from a barstool never works. The U.S. can not lead the push for nuclear non-proliferation on the Korean peninsula while it spends billions to maintain one of the world’s two biggest nuclear arsenals. It’s time for the U.S. to get off of the barstool and lead by example.

The U.S. must demonstrate it is serious about global nonproliferation by cutting its $1 Trillion plan to upgrade the entire U.S. nuclear weapons arsenal, by stopping production of new destabilizing weapons systems, and by continuing to support multilateral diplomacy with countries like Iran and North Korea that can address conflicts over nuclear weapons.

The U.S. needs to stop resisting the wisdom of the world. Achieving the elimination of nuclear weapons would be one of humankind’s greatest accomplishments. The U.S. must join with all the other nuclear armed states alongside the rest of the world to eliminate these dangerous, obsolete, and immoral weapons once and for all.

Background: In a 122-1-1 vote the UN adopted the Treaty on the Prohibition of Nuclear Weapons. The treaty requires countries ratifying the treaty to “never under any circumstances to develop, test, produce, manufacture, otherwise acquire, possess or stockpile nuclear weapons or other nuclear explosive devices.” The United States and the 8 other nuclear weapons armed states boycotted the process. The treaty opens for signature on September 20th at the UN in New York City, and the signatory states will pursue ratification. Once 50 states have completed that process the treaty becomes international law. 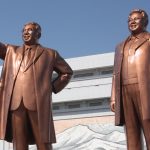 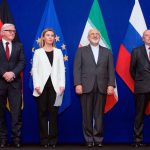