Nuclear Diplomacy Worked With Iran, It Can Work With North Korea

Washington, D.C. — July 13, 2017 — On the eve of the two-year anniversary of the signing of the Joint Comprehensive Plan of Action (JCPOA) commonly known as the Iran nuclear agreement, and in response to reports that the administration plans to recertify Iran’s full compliance with the JCPOA, Paul Kawika Martin, Senior Director for Policy and Political Affairs at Peace Action, who got a rare visa to hold high-level meetings in a half dozen Iranian cities, released the following statement:

“On the two-year anniversary of its signing, the Iran agreement continues to exemplify the value of diplomacy. Thanks to diplomacy, we know that all of Iran’s potential pathways to obtaining nuclear weapons remain blocked. Even the Trump administration, which has made its disdain for the agreement abundantly clear, can’t deny the accord is working exactly as intended. Congress and the administration must work to uphold and defend the agreement and continue diplomatic discussions on areas of concern and cooperation.

“One of the crucial features of negotiations with Iran was our willingness to negotiate without preconditions. Yet when it comes to growing concerns over North Korea’s nuclear weapons program, the administration has instead opted for more ineffective sanctions and dangerous threats of military force. It’s time we apply the same diplomatic approach to North Korea that has proved successful with Iran.”

The JCPOA, negotiated between Iran and the five permanent members of the U.N. Security Council plus Germany (P5+1), was signed on July 14, 2015, and implemented on January 16, 2016. The accord relieved sanctions on Iran in exchange for Iran decommissioning two-thirds of its centrifuges, shipping 98 percent of its enriched uranium out of the country, and allowing international inspectors access to its nuclear facilities. Despite Iran’s adherence to the nuclear agreement and its cooperation with the U.S. on fighting al Qaeda and ISIS, the administration has maintained an aggressive posture towards Iran, and the Senate recently passed S. 722, a bill that would sanction Iran in ways that would jeopardize the Iran agreement and worsen tensions with Iran if signed into law.

In March, U.S. Ambassador to the U.N. Nikki Haley said that the U.S. will not participate in any talks with North Korea without “some sort of positive action” from North Korea. North Korea has since expressed willingness to consider a moratorium on nuclear weapons and ballistic missile testing if the U.S. and South Korea stopped conducting annual joint military exercises. The administration has refused to consider that proposal. On June 28, a bipartisan group of former national security officials focused on nuclear weapons and North Korea policy sent a letter to the president urging him to “put diplomacy at the top of the list of options on the table.” 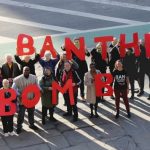 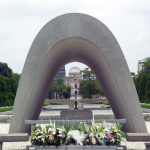