“Already, the estimated $1.5 trillion cost of rebuilding U.S. nuclear warheads and their delivery systems is unaffordable and sends a message to the world that the U.S. is ignoring its obligations to disarm under the Non-Proliferation Treaty. Given the cost to taxpayers and our nation’s security brought on by the last nuclear arms race, building any new nuclear weapons is a terrible idea. A tenfold increase is simply ludicrous.

“The cost of a tenfold increase would be astronomical and would take funds away from real security needs and other taxpayer priorities like job creation, education and infrastructure. Even the hawkish Congress would reject a ridiculous increase in U.S. nuclear weapons because they know the U.S. can’t afford it, it would make Americans less safe, could cause another nuclear arms race and would inflame tensions with North Korea and other countries.” 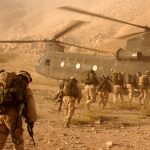 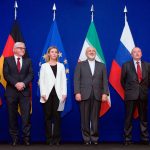