This article was originally published in The Hill.

Days before President Trump’s first presidential trip to Asia, where the crisis with North Korea will be high on the agenda in meetings with leaders in Japan, South Korea, and China, members of Congress are reasserting their constitutional role as gatekeepers of American military action, a critical step in ensuring the U.S. doesn’t stumble into yet another catastrophic war of choice.

Last Thursday, Reps. John Conyers, Jr. (D-Mich.) and Thomas Massie (R-Ky.) introduced the No Unconstitutional Strike Against North Korea Act of 2017 with 60 original co-sponsors, and Sen. Edward Markey (D-Mass.) introduced corresponding legislation in the Senate. This bipartisan bill aims to reaffirm that the president cannot order a preemptive military strike against North Korea without prior congressional approval, and to prevent funds from being used for such a strike. It also calls on the president to pursue direct talks with North Korea to de-escalate tensions and negotiate the freezing and eventual rolling back of North Korea’s nuclear weapons program. Similar legislation was also introduced on Tuesday by Sen. Chris Murphy (D-Conn.) and seven other senators. Congress should treat these bills like the life and death matter that they could well be.

According to the Constitution and the War Powers Act, Congress has sole authority to declare war or authorize military action absent an attack on the U.S. or its assets abroad. Yet since Trump took office ten months ago, he ordered strikeson a Syrian government air field without consulting Congress, and the military downed Iranian drones and a Syrian air force jet without consulting Congress.

In light of its history of arguably unconstitutional military action, the administration may benefit from a reminder of the limits of its war powers. The American people and the world would also certainly benefit from another backstop against the president’s ability to unilaterally launch a preemptive war against a nuclear-armed state.

Just as crucial though is this legislation’s push for diplomacy—the only viable option for ending the crisis and curbing North Korea’s nuclear weapons program. While the administration has paid lip service to diplomacy and left some diplomatic channels open, its precondition to talks that North Korea completely denuclearize prior to negotiations has been a non-starter, and the president’s tweets that talking “hasn’t worked”and that Secretary of State Rex Tillerson “wasting his time trying to negotiate” hasn’t helped either. So far the administration’s strategy has included everything but serious diplomacy, and it hasn’t been going very well.

While sanctions have been a thorn in the side of the Kim regime, they have failed to slow or deter the advancement of its nuclear weapons program, and there’s no indication that ratcheting them up further will change the equation. The regime has more than a decade of practice at sidestepping sanctions and letting its people take most of the hit.

Instead of crippling the regime, sanctions have served to enflame tensions and fuel the government’s anti-American propaganda, bolstering its domestic political power. Worse still, sanctions have become a replacement for actual diplomatic engagement, allowing Congress and the administration to claim they’re addressing the crisis without actually supporting or pursuing the type of sustained dialogue needed to de-escalate and resolve it.

As Congress and the international community have focused mainly on sanctions, President Trump has been more focused on winning his war of words with Kim Jong-un. Like sanctions however, Trump’s bellicose rhetoric has reinforced the regime’s propaganda, while also reinforcing his belief that his regime depends on a strong nuclear deterrent. Taken in concert with aggressive military posturing like U.S. stealth fighters staging mock bombing runs over the peninsula, Trump’s threats have also increased the risk of a miscalculation or accident leading to war.

President Trump’s Asia trip presents a unique opportunity for him to change up his failing strategy and pivot towards diplomacy, but there’s little indication he’ll take advantage of it. That’s why Congress needs to intervene.

Co-sponsoring and supporting legislation like the No Unconstitutional Strike Against North Korea Act is a crucial way to underline that the president cannot launch a war without congressional approval. Strong congressional support would also send a clear message that Congress is unlikely to authorize a preemptive war against North Korea, at least until the diplomatic option has been pursued in earnest. As the risk of war grows with each passing threat and provocation, Congress may be running out of time to ensure the administration understands and respects the legislature’s role in decisions of war and peace. The time to act is now.

Paul Kawika Martin is the Senior Director for Policy and Political Affairs at Peace Action. 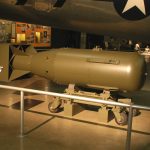 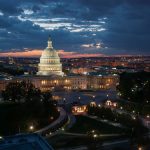