From Yemen to North Korea: We Need to Take the US War Machine Off Autopilot

This article was originally published on Truthout.

Militarism, as Dr. Martin Luther King, Jr. eloquently asserted in 1967, is one of our society’s “Triple Evils,” along with racism and economic exploitation.

Were King alive today, he would surely decry not just the gargantuan nature of the US military, with our war budget over one-third the global total, but also how it’s largely unchallenged by the public. Our tax dollars pay for nuclear and conventional military policies that practically guarantee armed conflict and nuclear weapons proliferation, making Americans and the whole world less safe.

With the coerced, cynical “support the troops” faux patriotism (to really support the troops, end the wars, bring them home, and give them better care) there is a psychological colonization at work as well. Given all this, it’s hard to escape the reality that the US war machine more or less runs on autopilot.

Understandably, most Americans and even many progressive activists don’t think there is much we can do about it, tacitly admitting there is precious little democracy in our foreign and military policies. Elites make decisions inimical to the interests of the vast majority of us, as the largesse lavished on the Pentagon prevents investments in domestic social and environmental priorities.

There are two upcoming opportunities to help take the war machine off autopilot and reclaim some of our agency over what is done in our names and with our tax dollars.

The war in Yemen has sparked a dire humanitarian crisis, as the Saudi Arabia led-coalition’s bombing campaign, armed and supported with logistics and military intelligence by the US, causes widespread death, famine and disease. A terrible outbreak of cholera, affecting 1 million people according to the World Health Organization, should shame the conscience of the world. Twenty-two million Yemenis out of the total population of 27 million are food insecure, and 8 million face famine, as reported by the World Food Programme.

Political support for Saudi Arabia — a dictatorship with one of the world’s worst human rights records we wouldn’t give the time of day — has been nearly unquestioned in Washington. That has begun to change in the last few years, as Congress has registered increasing opposition to US weapons sales and military support for the slaughter in Yemen, including a strong vote in the House of Representatives clarifying there is no legal authority for said support. Congress needs to do its job and act swiftly to end US military support to Saudi Arabia for the war in Yemen, and will need a strong push from constituents to do the right thing.

The other opportunity is a somewhat serendipitous one, the coincidence of this year’s Winter Olympics’ being held in Pyeongchang, South Korea. Recent developments in Washington make clear President Trump is seriously considering an attack on North Korea. His State of the Union address, stressing the brutal nature of the North Korean government, ominously echoed President George W. Bush’s lies leading up to the Iraq War.

Then there was the startling disclosure by Georgetown University professor and former Bush administration official Victor Cha that he would not be nominated to be US Ambassador to South Korea because he opposed a possible “bloody nose” military assault on North Korea.

Fortunately, the Trump administration agreed to South Korean President Moon Jae-in’s request to postpone the scheduled massive US-South Korean war drills until after the Olympics and Paralympics. This is a de facto recognition of the Olympic Truce, a tradition dating back to the ancient Greek games, declared by the United Nations and International Olympic Committee to run through March 25, a week after the conclusion of the Paralympics.

Practically speaking, Trump’s hand is stayed until then. Peace advocates in South Korea, the US and other countries are organizing around the Olympic Truce, calling for peace, diplomacy and support for President Moon’s negotiations with the North. A key point is exploring a possible freeze for a freeze — under which North Korea would continue to refrain from nuclear weapons and missile tests in exchange for a moratorium (or at least a scaling back) of the war exercises — which North Korea understandably loathes and fears.

The war drills are huge, with up to 200,000 troops practicing for a land invasion of the North, and US nuclear-capable bombers practicing nuclear attacks and regime decapitation strikes. China, Russia and North Korea have expressed support for a freeze for a freeze approach, but US Secretary of State Rex Tillerson recently dismissed the proposal as a false equivalency, our country’s top diplomat showing alarming disdain for real diplomacy.

Now comes the dead hand, or autopilot nature of the war machine. Two intercontinental ballistic missile (ICBM) test launches are scheduled this month from Vandenberg Air Force Base in California. According to the Air Force, these tests were scheduled several years ago. At a time when the US, South Korea and the world rightly demand North Korea stop ballistic missile tests, isn’t what’s good for the goose also good for the gander? Should the US ICBM tests proceed, North Korea will certainly perceive them as a hypocritical poke in the eye.

As with Saudi Arabia’s use of US weapons in the war on Yemen, people of conscience must speak up and demand peace, diplomacy and abstention from provocative military measures toward North Korea, or we risk sliding down a path toward catastrophe, as an attack on North Korea could escalate to a wider regional war, involving China, Japan and perhaps Russia, and possible global financial collapse, or even a nuclear war. The war machine only runs on autopilot to the extent we let it.

Kevin Martin is president of Peace Action and Peace Action Education Fund, the country’s largest grassroots peace and disarmament organization with 200,000 supporters. He also convenes the Korea Collaboration, a national network advocating peace and diplomacy to resolve the crisis with North Korea, currently focused on organizing around the Olympic Truce. 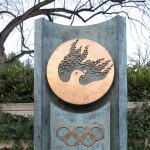 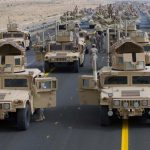