President Donald Trump’s edict for the Pentagon to hold a military parade in Washington actually makes sense in a sick way. Shouldn’t we taxpayers get to see the missiles, warheads, tanks, drones, guns and other warfare hardware that over half of federal discretionary spending goes toward every year? Our tax dollars at work! But then, to have equal time, there should be a parade of homeless veterans, illiterate children getting poor education in our schools, people without health care, and would-be workers who can’t get jobs to help build the green economy, in order to represent the urgent domestic and environmental investments crowded out by our obsession with shoveling money into making things that go boom.

Fifty years ago, Dr. Martin Luther King, Jr. denounced the Giant Triplets of militarism, racism and extreme materialism. They still plague our society today, and are interrelated, as must be our movements to overcome them. As for our militarism, it’s not just the misappropriation of our tax dollars, it’s the policies they fund. US military and foreign policy (nearly one and the same these days), mostly run on auto-pilot, with an almost total lack of democracy, as politicians bought and paid for by weapons contractors further their own interests, rather than ours.

To put it bluntly, our tax dollars fund outrageous policies, including the proposed $1.7 trillion upgrade to our nuclear arsenal which could go even higher with Trump’s Nuclear Posture Review expanding not just the number and qualitative performance of nukes but also the circumstances in which they might be used, including response to cyber-attacks. These policies practically guarantee endless armed conflict and nuclear proliferation, making Americans and the whole world less safe. Trump’s proposed war parade should spark outrage, resistance and protest, and cancelling it would be a great step toward reclaiming our democratic control over the military madness we seem spellbound by.

Also, Congress needs to do its job, which it will do only if their constituents demand it. Congress’s near term to do list should include:

If Congress can do any (or better yet all) of that, then yeah, let’s have a parade, celebrating a pivot toward peace and justice. 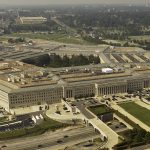 From Yemen to North Korea: We Need to Take the US War Machine Off AutopilotNorth Korea, Trump Administration, Yemen 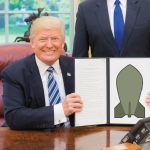