Washington, D.C. — May 22, 2018 — In response to the Senate Foreign Relations Committee passing the Young-Shaheen bill regarding the war in Yemen, Paul Kawika Martin, Peace Action’s Senior Director for Policy and Political Affairs, released the following statement:

“While it’s encouraging to see Congress finally starting to take action on the world’s worst humanitarian crisis in Yemen and the U.S. role in fueling the crisis by passing the Young-Shaheen bill out of the Senate Foreign Relations Committee, Congress needs to do more to end this unconstitutional war. The U.S. should immediately end its support for the Saudi and UAE led intervention, which is deliberately starving the people of Yemen with U.S. military support that’s financed by our tax dollars. Senators Lee, Murphy and Sanders deserve credit for paving the way for this legislation by forcing a vote and debate earlier this year.” 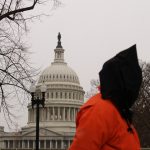 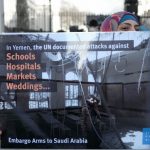