Washington, D.C. — November 13, 2018 — In response to Republican leadership in the House of Representatives moving to de-privilege H.Con.Res. 138, legislation introduced by Rep. Ro Khanna (D-CA) that would end U.S. support for the Saudi-led intervention in Yemen, Kevin Martin, President of Peace Action, released the following statement:

“This is the same undemocratic maneuver House leadership pulled last year when they stripped similar legislation on Yemen of its privileged status. Apparently, neither Saudi Arabia’s brutal murder of Jamal Khashoggi nor its mid-summer bombing of a school bus packed full of children were enough to break the ice surrounding House Majority Leader Paul Ryan’s heart.

“Millions of people in Yemen are on the verge of starvation, a crisis brought on by Saudi tactics in the war, yet in the face of a maelstrom of condemnation of Saudi Arabia from the national and international community, House leadership would still rather prevent Congress from voting on whether or not to end U.S. support for Saudi Arabia’s starvation campaign in Yemen than risk interfering with arms industry profits. Clearly, they’ve noticed U.S. support for this war cannot withstand the principles of our Democracy, so they’ve decided to once again sidestep those principles with procedural loopholes. It’s disgraceful.” 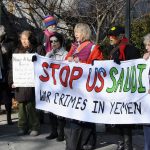 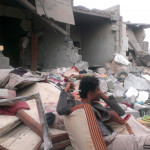