Trump has plans to spend nearly $2 TRILLION over the next 30 years on unneeded and unnecessary nuclear weapons and delivery systems. This makes no sense. This is insane.

That’s nearly $100 million wasted every day for thirty years on weapons we are supposed to be getting rid of. To put that amount in perspective, you could instead spend that money to send nearly nine million people to a four-year university or hire 18 million teachers for a year!

Will you write Congress today? Ask them to stop this crazy spending on nuclear weapons.

Ask your members of Congress to support the Smarter Approach to Nuclear Expenditures (SANE) Act from Senator Ed Markey (D-MA) and Representative Earl Blumenauer (D-OR). The SANE Act is a bill that would save taxpayers approximately $100 billion over ten years by scaling down, delaying, or canceling a variety of obsolete nuclear weapons programs. By helping to focus our resources on the real threats of the 21st century instead of on Cold War relics, the SANE Act would help bolster our economic and national security.

Some of the targeted cuts include:

Peace Action formed 62 years ago originally as The Committee for a SANE Nuclear Policy. The SANE Act’s name is a nod to all those years working for a world free from the scourge of nuclear weapons – and now we need to keep it going.

Please contact your members of Congress today to cosponsor the SANE Act.

The SANE Act has been introduced at a critical time for the nuclear budget issue in Congress. As the government struggles to balance the national budget, the necessity of Cold War-era nuclear programs needs to come into question. Just think what we could do with the $100 billion we could cut from nuclear weapons. Our communities desperately need those resources to invest in jobs, infrastructure, and education.

Help us take the next step on the road to a safer, saner future. Please write to your members of Congress today and urge them to support the SANE Act. 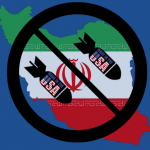