Since we can’t bring him back to his family, we must take action for justice. We need to take action for justice for George as well as for Breonna Taylor, Ahmaud Arbery, Oscar Grant, Philando Castile, Sandra Bland, Eric Garner and ALL the thousands of people whose names we can’t say, even when we want to, because the list is too, too long.

At Peace Action, we know war and military violations of human rights are systemic and rooted in a specific mindset. This mindset, and this system, are based on coercion, domination, and dehumanization. This is precisely the same system, guided by personal and systemic racism, that allows police to murder people like George Floyd. It’s the same system that produces a militarized response when the community reacts with grief and rage, shooting projectiles at people sitting on their porches, and indiscriminately firing teargas and other weapons at peaceful protesters and reporters.

While we call for justice in specific cases, we must also work at addressing those systems in a comprehensive way at the local, state, and federal levels. In this post, I want to highlight some ways you can take action. We can protest locally, push for community control in our cities, support local groups on the front lines, and call for national action. The roots of this system of hate have grown deep for hundreds of years, and no one action will suffice. But we need to act.

Following George Floyd’s murder, Congresswomen Ayanna Pressley and Ilhan Omar introduced legislation to directly condemn police brutality, racial profiling, and the excessive use of force, as well as the growing militarization of police departments. These important pieces of legislation build political momentum for change and test who will acknowledge the urgency of what’s going on —and who won’t.

Write and ask your House member to support Congresswoman Pressley and Omar’s legislation condemning the killing of George Floyd and militarized policing today!

At the same time, Congressman Ro Khanna has introduced legislation to change the federal legal standards on the use of force. For too long police have not been held accountable because they can simply argue that they were afraid. This bill tightens up the standard for use of force from a standard of “reasonable” to a standard of “necessary” use of force. Groups like Amnesty International and Color of Change say that changing the standard can save lives.

Ask your members of Congress to support these two critical pieces of legislation today!

Changes in federal law are an important step. But a lot of the most interesting work is happening on the local level. At Peace Action we’re working to transform our conception of what keeps people safe and move money from the Pentagon bloat to smarter investments. A lot of these local groups are working to defund militarized policing and moving the money to what the community feels it needs for its own health and safety. Here are just a few:

Please ask your members of Congress to support these two critical pieces of legislation today. Then check out the interesting and transformative work happening at the local level. 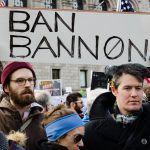 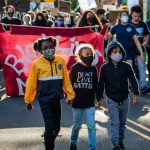