Washington, D.C. — July 18, 2019 — In response to reports of the U.S. shooting down an Iranian drone, Paul Kawika Martin, Senior Director for Policy and Political Affairs at Peace Action, released the following statement:

“Because of the Trump administration’s policy of maximum provocation towards Iran, America stands on the precipice of another blunderous war of choice in the Middle East.

“The Trump administration’s policies created the high tensions in the Strait of Hormuz. President Trump says he wants Iran to never get nuclear weapons, but he unilaterally withdrew from the successful nuclear agreement that blocked all the pathways to a nuclear weapon. He says he wants to negotiate something better, but he imposed crippling sanctions on Iran that may shut the door on diplomacy. He claims he wants peace, but he came within ten minutes of possibly starting a war.

“A majority of the Senate and House voted to affirm that the constitutional authority over war lies in their hands. Congress should also push for a return to U.S. compliance with the Iran nuclear agreement, and support diplomatic efforts to reduce tensions.” 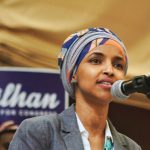 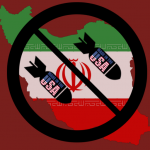