Washington, D.C. — September 23, 2021 — In response to today’s House votes on amendments to the National Defense Authorization Act to reduce the Pentagon budget by 10% and another to reduce by $25 billion, Peace Action released the following statement:

“Congress and the White House still need to catch up with the will and needs of the electorate, where over half want to see reductions in the bloated Pentagon to pay for other priorities. The main threats to America’s security have no military solution. Right now, Congress must prioritize our spending on helping Americans dealing with COVID, looking for sustainable jobs, and other Main Street issues. The pandemic clearly shows that expensive endless wars that cost over $6 trillion from taxpayers make Americans less safe,” stated Paul Kawika Martin, Senior Director for Policy and Political Affairs at Peace Action.

“We thank Representatives Ocasio-Cortez, Nadler, Torres, Espaillat, and other New York Representatives for cosponsoring and supporting a 10% cut to the Pentagon budget. This is an issue we and many others across the state have been working on for years, and now more than ever, we need to re-evaluate our budget priorities and move the money out of the Pentagon and into our communities to address the real security threats of our time: the ongoing coronavirus pandemic, climate catastrophe, and ever-increasing inequality,” added Emily Rubino, Executive Director, Peace Action New York State.

“These amendments, led by Reps. Barbara Lee (D-CA-13) and Mark Pocan (D-WI-2) provided a perfect opportunity to free up $75 billion that could go into critical voter needs like healthcare, affordable housing, education, and local infrastructure,” Martin continued. “Unfortunately, a majority of Representatives chose to continue maximally funding Pentagon largesse despite its demonstrated irresponsibility with taxpayer dollars. As the only Government agency that cannot pass an audit, the Pentagon has returned over $80 billion in funds it failed to spend since 2013 and over half of the Pentagon’s total budget goes straight into the pockets of war contractors.

“The passage of the overfunded National Defense Authorization Act today by the House fails to reflect the values of Americans who oppose the Pentagon eating over half the United States’ discretionary budget. I hope that Senators support a similar 10% reduction when they take up their bill in the coming weeks.” 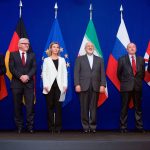