Washington, D.C. — December 12, 2018 — In response to the House of Representatives voting 206-203 to prevent a vote on H.Con.Res. 142 or any concurrent resolutions invoking the War Powers Act on Yemen, Paul Kawika Martin, Peace Action’s Senior Director for Policy and Political Affairs, released the following statement:

“For the second time in less than a month, Speaker Paul Ryan and other Republican leaders in the House have opted to undermine our Democracy by slipping a rule to block a vote on ending U.S. support for the war in Yemen into an entirely unrelated bill. They have once again taken the position that ending or even debating the U.S. role in the worst humanitarian crisis on the planet is not worth serious consideration, even as the United Nations warns the war-induced famine in Yemen could soon become the worst famine in 100 years. There’s a grotesque irony in Republican leadership using the farm bill, legislation meant to ensure Americans are fed, to stop debate on ending U.S. support for a war that is starving millions in Yemen.

“Paul Ryan and others who supported the de-privileging of this Yemen bill, and with it the effective de-privileging of Congress’ authority on war, are condemning more Yemeni civilians to die horrible deaths, and condemning our nation as a democracy in name only. History will not look kindly on those who abdicated their constitutional duty to debate and vote our nation’s wars in the name of petty politics and shoring up future campaign contributions from the arms industry and pro-Saudi lobbyists.” 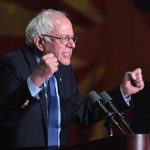 The Nation – In a Rebuke to Trump, the Senate Just Voted to Open Debate on US Support of Saudi War in YemenIn the News 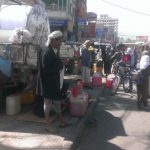