Washington, D.C. — December 12, 2018 — In response to the Senate voting 60-39 for a motion to proceed with S.J.Res. 54, legislation to end U.S. support for the Saudi-led war in Yemen, Paul Kawika Martin, Peace Action’s Senior Director for Policy and Political Affairs, released the following statement:

“This vote to move forward with legislation to end U.S. complicity in the war in Yemen is history in the making. The bill’s original sponsors Senators Bernie Sanders (I-VT), Mike Lee (R-UT), and Chris Murphy (D-CT), and all senators who voted to advance this bill, deserve praise and thanks from all who believe in human rights, the Constitution, and democracy itself.

“Sadly, the House voted by a razor thin margin today to block debate on similar legislation introduced by Rep. Ro Khanna (D-CA), but that shameful abdication of Congress’ constitutional duty to debate and vote on war won’t stand. A new House is coming, and with it a renewed determination to end U.S. support for Saudi Arabia’s brutal war in Yemen. In the meantime, we can take some solace in the fact that the Senate is finally representing the interests of the American people by moving to reclaim congressional war powers and to end the U.S. role in the immense human suffering in Yemen.

“President Trump should heed both the constitution and bipartisan voices in the Senate and the House and stop the U.S. support of the Saudi-led coalition in Yemen. Additionally, he should use America’s leverage to advance a political solution to the war and provide humanitarian aid to stop the mass starvation.

“This vote is especially timely given ongoing negotiations in Sweden between parties inside Yemen aimed at accelerating an end the war. This vote puts more pressure on the Saudi-led coalition to negotiate in good faith as it becomes more and more clear that Congress will not continue turning a blind eye to the coalition’s outrageous conduct in the war and the ensuing humanitarian disaster.” 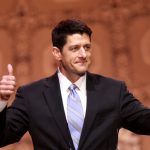 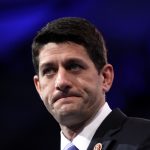