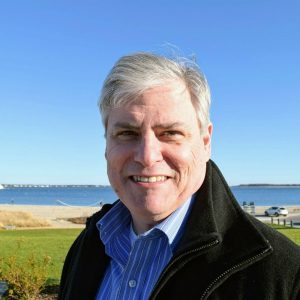 “Waging war is a choice, not an inevitability, and it’s that shared understanding that brought my campaign for Congress and Peace Action together,” said Cimbrelo. “The United States must work to promote global peace with diplomacy, not with bombs, drones, and military interventions.”

Paul Kawika Martin, Senior Director for Policy and Political Affairs at Peace Action, who also directs Peace Action’s PAC, said of the candidate, “Bill Cimbrelo has the deep conviction needed to consistently stand for a moral, responsible foreign policy that too many members of Congress lack. He believes we can afford to keep our country safe and still take care of American workers, families, students, and retirees if we restructure our economy around the goal of peace rather than the presumed inevitability of war.”

Cole Harrison, Executive Director of Massachusetts Peace Action, added, “Bill Cimbrelo understands the destructive force of war and that it should be used as the absolute last resort. He opposes nuclear ‘modernization’ and states that nuclear weapons should never be used. He challenges the continuous expansion of our weapon systems as a tool to enrich oligarchs, CEO’s and shareholders and questions the need for U.S. bases in almost 150 countries. For these bold progressive stances, we wholeheartedly endorse Mr. Cimbrelo.”

Bill Cimbrelo, a small business owner, an environmental chemist and progressive challenger to Bill Keating, is gaining momentum in his race to represent the 9th district. Cimbrelo stands for a peace economy, a single payer healthcare system, housing as a right and a federal jobs guarantee.

To learn more about Bill Cimbrelo and his candidacy, visit www.billcimbrelo.com.